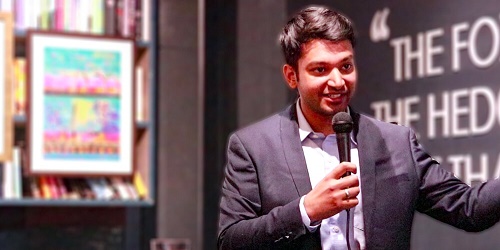 In conversation with Shivam on self realization and matters related to the state of mind.

Shivam- Tell us briefly about yourself- how would you like to introduce yourself to our readers.

I am an Aerospace Engineer, an Author and a speaker who likes to speak and write to help people understand themselves better and work on it through understanding and love.

What made you pick up the pen being trained professionally as an engineer?

Being an engineer played a very important role in me shaping up as an Author. The field of Science and engineering urges you to think and unveils your curiosity in amazing ways. That’s what it did to me. It made me seek answers I hadn’t thought about before. And in that pursuit, I eventually figured out that all the solution to our problems lies within and very few are able to understand and work on it. In order to help people help themselves better, I decided to write so that I can reach a large number of people who could benefit from it.

Do you agree in India the trend continues of choosing a career path which is socially acceptable, financially viable and not following ones heart and mind?

Yeah. And there is a reason behind it. India is still a developing country and for an average Indian, fulfilling the basic amenities has always been more important than anything else. And hence, we have often been taught by our schools, our parents and our society to focus on the settlement first. That being said, if we need to change this trend of unleashing our creative side, each section of society needs to play a role starting from our families, teachers and even the students. The more people are aware about existing opportunities and wisdom, they would be ready to choose paths of creativity and art.

How detrimental do you think this is in destroying an individual’s potential?

It all comes down to the one core issue, the ability to think for oneself. Right from our childhood, we have always been conditioned to follow a certain set of rules without using our own creativity and logic to come to a solution. And hence, the number of people choosing such path has always been low. However, things are changing slowly. People have begun to understand the importance of independence and creativity and hopefully, we would be seeing more people following their passion and interests.

You are a personal coach; writer and you advocate the realization of ones true potential- how important do you think is mentoring and coaching in the process of self-realization?

It is indeed very important. Not because the coach or the trainee knows it all, it’s because we need to know a lot in order to improve our personal standards and that can only happen when we are ready to exchange our ideas and information with like minded people. Here in India, It’s more of a taboo to think about our personal growth and mental health because those aren’t significant enough factors to be taken care of. But in order to grow as a person, it’s important to invest time and energy on ourselves.

This brings me to a topic not directly but definitely connected to self realization- the understanding of mental health in Indian society- Your views?

We all know how mental health is perceived in India, It’s still something people are scared to talk about in public. And again, it all roots to one thing, lack of awareness. The way out is proper education and making students aware about it from a very early age. The onus lies on the teachers, the students and the parents alike to see mental health problems as common as physical health problems.

Why are issues related to mental health still a taboo in India?

People often resent the things which they are scared of. Mental Illness is one such thing. And the best way out is to make people know exactly about what is and how common it can be. Our schools, our societies and our families haven’t talked about over years and a whole generation of men and women didn’t really know about it. Since they are unaware, they are scared to talk about it or even think which has created a whole lot of problems.

Mental health issues in most developed countries is treated as any other ailment, thus enabling early detection and treatment via counselling, therapy or medicament-how different is it in India?

The lack of awareness makes it difficult for people to even imagine about what it can be. Counselling is often perceived as something that’s a waste of money, mental illness is deemed insanity and talking about it a waste of time. However, things are changing slowly and we can hope for better future maybe by the next decade.

Recently some celebrities have come out in the open with mental health issues they have suffered and overcome- Do you think this helps the common man to be more open?

Absolutely, It does. A lot of people have this perception that being rich and famous makes you different from other common humans. And if celebrities talk about it, it does carry a lot of value for others to follow. It shows them clearly that mental illness isn’t something unusual or weird, it can happen to anyone at any age.

Some argue its more of an urban concept, problem amongst the affluent- the underprivileged do not have the luxury to address such ailments- How does society debunk this myth?

Like I have said before, it’s all about awareness. People not being aware about it often reject the notion of mental illness. The society needs to talk about it more openly for the masses to accept the idea of it.

Is enough being done to address the growing problem of mental illness in India? If not, what more needs to be done?

There have been positive changes but a lot more needs to be done. We need to start talking about it at an early age in schools, in families and in open spaces to make it normal. There needs to be a dedicated curriculum on mental health and ways to cope up with it. This would not only pave a smooth path for them while growing up, it would also solve a lot of issues including bullying, sexual harassment and suicides among teenagers.

This brings us to a very pertinent consideration – is treatment of mental health issues affordable, accessible and in competent hands? (insurances don’t cover it & qualified help is very expensive)

There are a lot of spaces today which offers free counselling and venting spaces to people. We also have suicide prevention helplines to help combat the stress. But again, more than those things, it’s important for everyone to understand the importance of such things at a personal level. Maintaining a healthy lifestyle, finding out time to think about yourself, talking to your friends and family makes the path easy. These are somethings that everyone can follow. The least we can do is devote some time of our busy schedule on ourselves.

India is the youngest country in the world and how we teach our kids today is how we shape our nation tomorrow. And schools have a very important role in nation building today. Inculcating curriculum focusing on mental health would do a huge favor in this direction.

The way forward as you see it-

Schools have a role to play, society and family too. But what’s most important is how we understand the importance of mental health. We must begin to take care of ourselves both physically and mentally. We must understand the importance of talking about our problems rather than ignoring it. When we start taking care of it on a personal level, the society would be able to continue towards it in a better way. 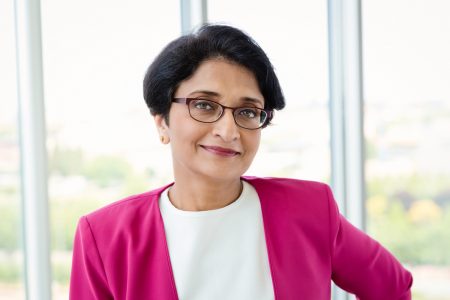 Founder of Our Frontcover. With a career spanning over 25 years, in management and business development, believes in dreaming and living the dream. Believes in the power of stories. 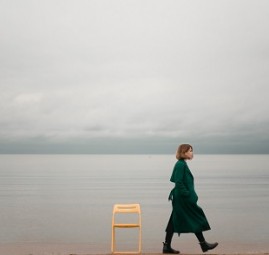 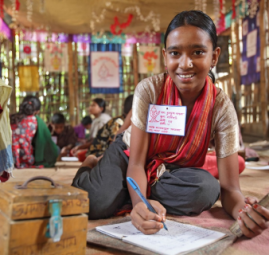 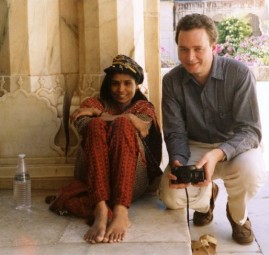 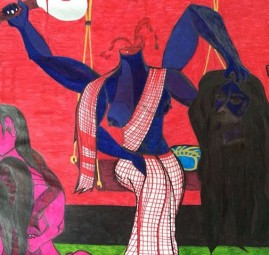