A woman’s virginity in India: Still a deciding factor? 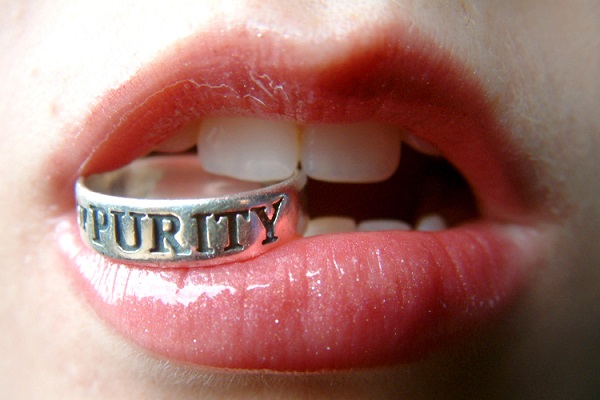 For a country which has tailored the famous Kamasutra and spoken about the beauty of sensuality openly in the scriptures and through architecture, it is surprising to be obsessed with the idea of virginity. A virgin is someone who has never had sex. To a majority of Indians, a virgin is a pure woman who is not supposed to have sex before marriage. With developing times, couples are becoming open to the idea of sex but does it still hold true that we still cling on to a very narrow idea of virginity in our minds?

Since childhood, little girls in India are taught that their bodies are sacred and shouldn’t be touched by a man before marriage. What’s worse is the lack of proper sex education in our country which gives rise to a million new theories. “My wife didn’t bleed on our first night together. She’s not a virgin,” is something I have heard so often and marvelled at the lack of common sense. The woman might have been engaged in sports or any sort of workout which also results in a hymen rupture. The lack of discussions or conversations carried out on this topic also leads to perceptions in the minds of males which might are unrealistically fabricated.

A caste Panchayat in Nasik, Maharashtra recently conducted an “experiment”. The husband was given a white cloth on which he had sex on with his newly-wed wife. Because there was no red blood stain on the cloth, the guy concluded that his wife wasn’t a virgin whilst the panchayat waited outside the room during the activity.

The clean white sheet was a modern day agnipariksha for the woman whose marriage was broken by the Panchayat on baseless allegations of her having indulged in sexual relations before. What was sadder was that after the whole episode, the woman wanted to go back to her husband.

Why was she the weaker character despite the fact that her hymen defined her marriage to a man who was clearly not a virgin himself (he was remarried)? Who authorised the Panchayat to make decisions regarding someone’s marriage, moreover, who gave them the permission to stand outside the room whilst the man simply took advantage of a woman who was clearly not very well-informed about the whole fiasco? This incident disgusts me on a different level as the lack of education and self-respect is clearly evident in this scenario.

The woman not being able to defend herself and the man being given the absolute power to make decisions regarding two lives is definitely unacceptable.

The Mahabharata also speaks about Draupadi’s boon: A wife to the five brothers gets to spend a year with each husband and at the beginning of the year, she regains virginity. Firstly, how is this a boon as the pain a woman goes through while losing her virginity is unfathomable? Moreover, in the past if our Gods could accept a woman who’s had sex with his brother previously, what’s stopping us from simply widening our thought process?

Here are a few reasons why virginity is still a big deal in the country:

• Women are taught that virginity is a jewel and should be protected to keep the values and traditions of the family intact.
• We’re a community which has been practicing hypocrisy since the inception of the nation. It is almost impossible to tell if a man is a virgin and no one asks him the question either. However, when it comes to our women, we want her to be an equivalent of Vanaspati Ghee.
• To a man, the woman he has sex with equates to marking his territory. Ownership is assumed by the husband once he deflowers a woman.
• Male ego: This is the most valid reason why men want their wives to be virgins. This would leave no doubts regarding his manhood as there is no comparison.
• This one’s honestly the lamest but if a woman is a virgin, she’s more likely to be faithful and not indulge in infidel practices.

Slowly but steadily due to rapid urbanisation and progressive ideas seeping in into our orthodox culture, people in the urban areas are becoming more liberal and open to the idea of sex before marriage.. Gen-X has no qualms about being open about their sex life and don’t really care about their partner being a virgin. For them, finding a partner who’s a virgin is like finding a unicorn shitting rainbows.

Moreover, virginity is a very personal issue and shouldn’t be treated as a burden or a measure. If you want to lose it to someone you think is worthy of it, go ahead and if you want to keep it intact, it’s your choice. But believing that remaining a virgin till marriage will make you holier than Thou brings us back to where we started from: the sad mentality.
India is definitely evolving on this front; the urban sectors with a more rapid rate the less-developed sectors can only hope to catch up with. What is required now is women empowerment to its fullest so that a woman who has been declared as a “non-virgin slut “doesn’t have to beg her husband to take her back! Men also need to learn that it is a woman’s choice and respect whatever choice she made regarding her sex life. 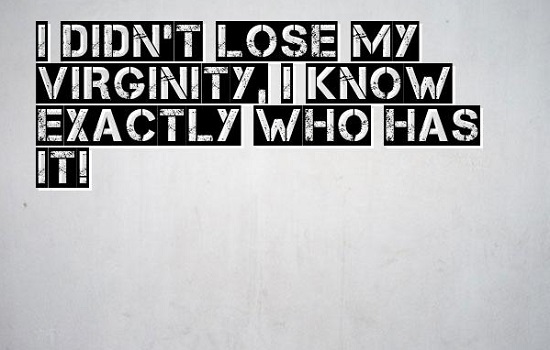 We are a nation which is progressing in all fields and the Olympics triumphs have reiterated that girl power needs recognition. The need of the hour is to respect women and redefine the “integrity” of women and separate it from virginity. With a little more awareness and adoption of a wider mentality, we’ll definitely get there in time.