Wives and Children of Men at Sea 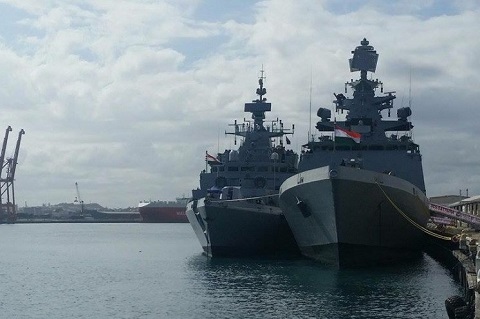 “On an eventful day when a Mariner’s wife stands at the horizon and sees the lights of a ship waning away as waves budge it further into deeper seas, her heart sinks into depths greater than the ocean itself and resurfaces astoundingly. These women deserve salutation and admiration from family as well as society, their role more often understood than told. Life of a seafarer is not a cakewalk, neither for him nor for his wife.” These are the moving opening lines of an article, Seafarer’s Wife: The Woman Behind a Successful Life at Sea authored by Chief Officer Abhishek Bhanawat.

He narrates real life stories such as that of Aditi James, wife of Capt. Sunil James who fought with all her might to get her husband rescued back from the prison in Togo despite suffering irrecoverable loss of their only child Vivaan. He writes about the deserted families of Captain Jasprit Chawla and Chief Officer Syam Chetan involved in Heibei Spirit Oil Spill incident, whose detention generated controversy and protests from all parts of the world and shipping fraternity, the wives of these sailors have endured great suffering and fought difficulties, most of the times single handed.

“Men at sea” is a wide term that could mean anyone from the captain to the boy who washes the deck. Whatever their designation, sea-men have one thing in common – they live away from their parents, wives and children for a major slice of their working lives. The financial compensation they get for this ‘wilful sacrifice’ is handsome. It entitles their families to a luxury they would not have imagined from the very beginning of their married life. But this disrupts the family structure.

One might define this family as an ‘alternative family structure’ that is managed, controlled and supervised by the wife for a major portion of the year and when the husband comes home, it becomes a normal, nuclear or extended family.

Wives of seafarers are often faced with the emotional burden of coping with their husband’s absence for long periods. She is constantly faced with issues like facing irritant relatives and friends, take up the entire responsibility of the children, and in case of crisis at sea, also take up matters with the ministries, governments and embassies to bring their husbands back home.

The wives must adjust themselves to the fact that the husband will be away for a major portion of the year and they must play both mother and father to the children.

After some time, they get used to this lifestyle different from the lifestyles of the mainstream. They learn to define ‘happiness’ on their own terms or suffer at leisure. The husband and wife have to surrender their conjugal togetherness. It is a price they must pay for a luxurious lifestyle.

Can they cope? Not always. Sometimes, they try to adjust through extra-marital flings. The notorious case of Captain Nanavati shooting down Ahuja, his wife Sylvia’s lover is an example.

How does this child cope with the process of growing up? How does he cope with his schooling where he feels a freak among peers who come from two-parent, ‘normal’ families?

Values of discipline, solidarity, and mutual give-and-take tend to get distorted with this coming-and-going of the male head. Schooling children quickly grasp that this situation is not like ‘normal’ family life when they compare their families with those of children from mainstream families. They miss the ‘father-figure’ within the home.

When the father comes home, the scenario changes drastically and children are confused about values, principles, lifestyle, etc.

This constant adjustment to a changing family structure impacts on their emotional psyche. The father for example, may be an alcoholic susceptible to drinking. Or could be a chain smoker and pollute the environment they live in. Not as familiar with his children as normal fathers are, he is tends to be a nag at home.

Not used to living within the family environment, he might not like children playing the music system in full blast, or playing computer games etc. or wearing off-beat clothes.

He might suddenly decide to be an over-caring and upright father who takes up his children’s studies knowing nothing about the academic system or the school course.

The children do not like this intrusion when their mother is attending to their needs already. They find that the mother too turns her attention on the husband. Many children dislike sharing their mother with the father who is mostly away. 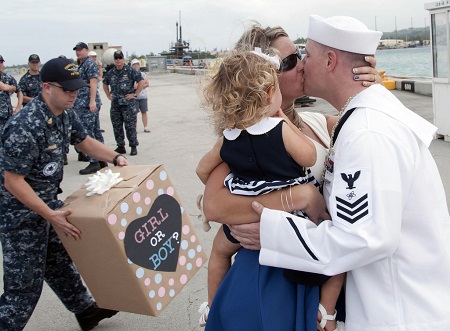 Do not ever think that wives accompanying their husbands on the ship are carefree and happy. There are other responsibilities they must take up such as exercising restraint and discipline.

Bhanawat points out that that the wife has to regularly attend drills, cope with eating frozen foods and convincing the kids to take these too, adjust strictly to meal timings which are far distanced from meal timings on land and follow instructions that the shipping company has established.

With restricted mobility that life aboard entails, there are other areas a wife has no access to and this lack of mobile freedom can play havoc on their psyche if the vessel is on a long voyage. Since the kids are taken away from school, she must also pay special attention to their educational needs so that they can pick up again when they are back on land.

Yet, it is also true that divorce among seafarer’s families is believed to be higher than normal married couples because of the constant state of marital separation that married couples are forced to live within.

Some can cope with this separation; a few cannot and go in for divorce.

“Everyone needs a family. More than 50 per cent of drug addicts in the country have no father-figure at home, either because they do not have a father, or because the father is away for long periods, or the mother is very dominating. When these addicts come for treatment, family therapy is an integral part, to discover problem areas of over-protection or neglect and make adjustments in behaviour patterns. 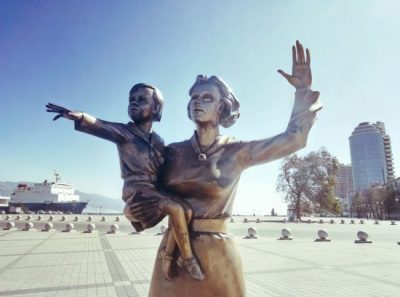 While it may appear that it is the women, who must bear the brunt of the ‘absent male,’ men out at sea actually suffer more from the consequences of life at sea separated from wife and children than from the separation itself. “It is an unnatural life in essence for a married family man, and a seaman’s wife has to be a very special person to accommodate the “on-off” relationship required when her husband spends over half his married life away from home.” This comment comes from Kit Chapman, a shipman’s wife.

The merchant marine officer away at sea suffers from stress without even being aware of it. This sometimes leads to suicides and suspicious deaths of MNOs while they are sailing. But studies conducted on the causes of such unexplained deaths are rare so few solutions are available.

Stress is a psychological condition that often leads to serious physical consequences and occurs when people feel unable to cope with the pressures of their environment. Stress in one seaman can disrupt an entire crew and harm the safe operation of the vessel. Stress is a multi-cultural problem that can affect anyone and everyone. But married men who are forced by professional reasons to stay away from their families are more susceptible to stress than mainstream people who live on the shore.