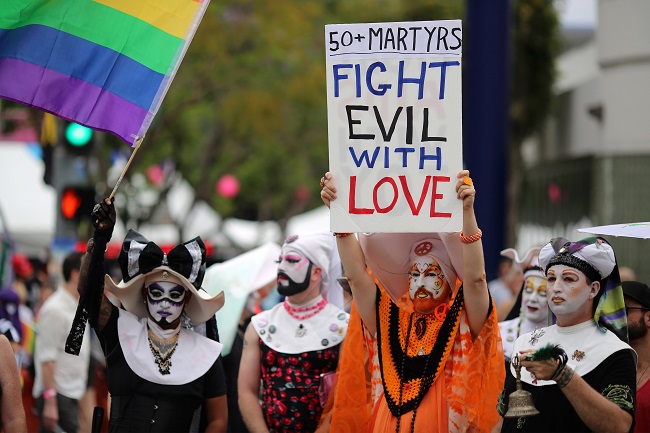 It’s a struggle to defend one’s sexual orientation, an uphill task to be accepted as ‘different’ and still find a place in the mainstream. Being part of the LGBT community openly is not one of the easiest decisions to stand by, considering the prejudices and intolerance that come with it. But the recent horrifying shooting incident in Orlando, USA, where a gunman targeted a gay nightclub killing 50 and injuring several others, has brought into focus the rising levels of hostility and resistance the community is up against across the globe.

As they stand in solidarity, members of the LGBT community in India strongly feel that they would any day take on fighting a system that is eager to punish their way of life rather than trigger happy homophobes. With constant engagement – even if it is largely one way – lies the hope of changing attitudes.

According to Anand Chandrani, a vocal gay rights activist and founder of Sarathi Trust, “The Orlando massacre has shown that the liberalism of the West is nothing but a myth. I would say that India, comparatively, is a safer place for the community. Here the babas may preach and sermonise or the right-wingers may tag us as perverts, but generally speaking there are no targeted killings like this. The Orlando shooter though a psychopath with his extreme actions he has perpetrated the ideology of certain anti-social elements, who believe that LGBT people have no right to live and must be punished.”

Transgender social activist Chamcham Gajbhiye admits that the incident has truly shaken her up. Her voice trembles as she shares candidly, “They were punished because there is a certain group that is convinced that homosexuals are sinful people bringing disgrace to the rest of the so-called normal society. My biggest fear now is: what will stop others, who are equally intolerant, from following suit and using the pretext of religion or mental instability or just eccentricity to pull off something so heinous? How do we as a vulnerable group ensure our safety?”

But it’s not all so dismal insists Uttam Baba, one of the leaders of the Hijra community, who is convinced that such acts of cowardice against humanity also bring out the best in others.
“Undoubtedly the ghastly killings have scarred the entire LGBT community across the world. But, at the same time, it has also been heartening to see so many people from across the spectrum come out and offer their support by donating blood, helping to evacuate the injured and rallying around those that are physically or mentally traumatised,” says Uttam. 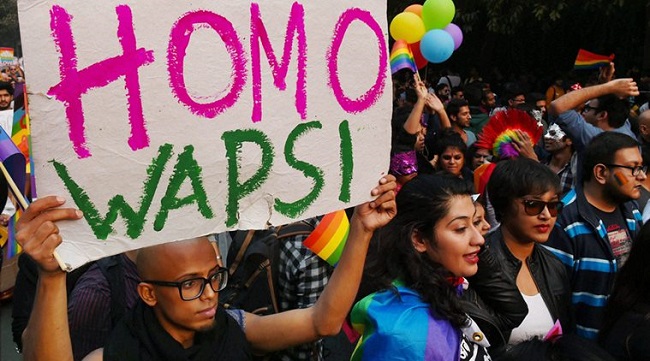 Of course, as the shock gives way to anxiety and fear for their lot, Chandrani beings to focus an important issue: he feels it’s time to ensure that such vicious instances against the LGBT community are curtailed in the future. “Once the raw edge of grief subsides strong action must be taken, which will prove to be sure shot deterrents for people like Omar Mateen. It also means ensuring that guns aren’t so freely available. Till the time such stringent steps are taken, the community around the world, and especially in the West, will not be able to live in peace.”

Agreeing with Chandrani’s observations and call for action, Prince Manvendra Singh, the first royal to come out of the closet in India, who, incidentally, was visiting the US to participate in the LA Pride Parade when the Orlando shooting took place, says, “More than anything else, the reigning emotion among most of the members of the LGBT community in the US today is anger. In fact, this callous and barbaric act has strengthened their resolve to fight the hatred and bias with greater determination.” 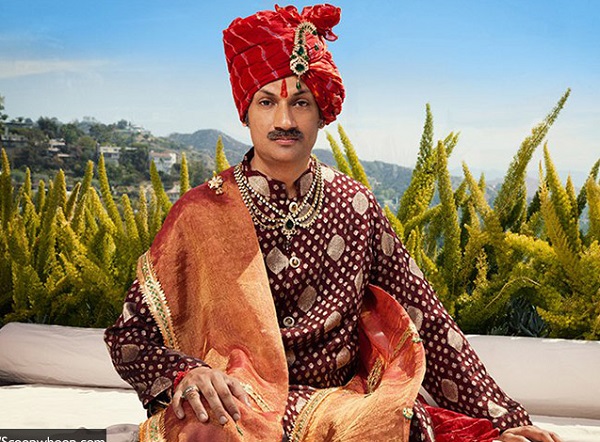 Ask him if the local LGBT community is hesitant to step up in public after the carnage and Manvendra replies, “On the contrary, in fact. The incident has toughened the willpower of the American gay community. They are more willing than ever to accept their sexuality and stand by one another. We all realise that whether we are in a so-called progressive nation or in a more conservative developing world, our fight is the same and far from over. To secure equal social status, we still have a long way ahead and the path is not easy. However, one thing is for certain: there will be no backing down.”

Uttam Baba adds, “The reality is that the deep-seated aversion for LGBT people and their chosen lifestyle cuts across social, geographical and cultural boundaries. And if people are fed with false information things go from bad to worse. Today, governments must understand that not only do they have to fight terror and its perpetrators, they also have to fight bigotry and skewed belief systems; they have to defend every human being’s right to live and exercise their choices freely.”

This gory incident has certainly stirred some strong emotions, brought hidden concerns to the fore, and served as a wake-up call to many among the LGBT community. And there is a consensus that seems to have emerged in its aftermath – that there is a need to stay united and fight the menace of hatred and bias, head-on. As Chamcham signs off, “One thing is certain we will not be intimidated in the face of such cowardly acts. We will fight our battles with double the vigour and will not give up our right to be as free and happy as any other person in this world.”

Krishna is a freelance writer based in Nagpur who writes on development issues.