The Remnants of Colonial Sexual Violence: A Sartorial Exploration

Alexander McQueen was an illustrious couturier. Often, his fame is beholden to his Autumn/Winter 1995 collection “Highland Rape”. In it models appeared distraught and in agony.

The models lurched on the catwalk in threadbare clothing—as if they were recently assaulted. Their jackets were in disrepair. Their lace dresses were tattered, skirts ripped, and suede torn. Their bosom and bottom lay exposed.

Customarily, a fashion show is luxuriant. What it displays is instantaneously rendered à la mode. Following which it is unsurprising that the press and the public thought of McQueen’s collection as glamorising rape. They condemned it as disquieting and aggressive.

The press and the public, however,had misapprehended “Highland Rape”.For,in actuality, the collection was an inquiry into the English colonization of Scotland—the callous English colonisation of McQueen’s ancestral home.

“I wanted to show that the war between the Scottish and English was basically genocide.” -Alexander McQueen

To memorialise the pain endured by Scottish colonial subjects of eighteenth and nineteenth centuries, against the faint sound of mournful church bells, the first model, menacingly strode forth in a cropped black blouse, with feathers obscuring her face. She was the symbol of England—inimical and ill-disposed. After her, came bloodied and battered models. They were modern renditions of pre-Raphaelite paintings of Lady Macbeth, garbed in recognisable Scottish motifs—tartan, green leather and red tresses. Their vulnerability was apparent in their ragged appearance and mannerism. For Scotland did not dare look England in her eyes.

Of the purpose of the collection, McQueen told the Sunday Times: “It wasn’t anti-woman. It was actually anti the fake history of Vivienne Westwood. She makes tartan lovely and romantic and tries to pretend that is how it was. Well, 18th-century Scotland was not about women drifting across the moors in swathes of unmanageable chiffon.”

Thus, McQueen’s intention was to oppose the purported history of Scotland, especially that of the false romantic representation of the status of women in its colonial past.

This history has been largely appropriated and fabricated by English designers akin to Westwood—the appropriation and fabrication being an instance of a power dynamic that continues to date. The manner in which McQueen could most efficiently reclaim that history, and challenge the power dynamic in this cultural realm, was through confronting the false narrative by an explicit illustration of the sexual violence the Scottish women were subjected to.

As McQueen does with Westwood, it is of utmost importance for former colonies to move past the largely false accounts of female empowerment in the colonial era advanced by biased historians. For it is only through a confrontation with the sexual violence and prejudices of this past can the colony undo the systems of its current structural violence and power politics. Especially in India, an understanding of the nature of the sexual-racial wound of coloniality will suggest manners of concretely addressing the present problem of harassment. For the remnants of colonial sexual violence and prejudice, do not lay dormant. They breathe live and well in the Indian Penal Code (IPC).

For example, in the colonial era, an India of sexually diverse opinions became characterised by universal Victorian prudishness. This prudishness manifested itself in the widespread acceptance of not talking about sex. Concomitantly, victim blaming became prevalent. This conspiracy of silence and taboos still lingers. To date, there exists no mandatory mechanism to impart sex education, which is the main instruction on issues of sexual responsibility and consent, and a bias against the victim is largely common.

Another instance is Section 375 of the IPC. This section does not criminalise marital rape—a clause that was borrowed from common English laws and is a legacy of a pronouncement by Chief Justice Sir Matthew Hale, in The History of the Pleas of the Crown. Hale had written,

“The husband cannot be guilty of a rape committed by himself upon his lawful wife, for by their mutual matrimonial consent and contract, the wife hath given herself in kind unto the husband, whom she cannot retract.” 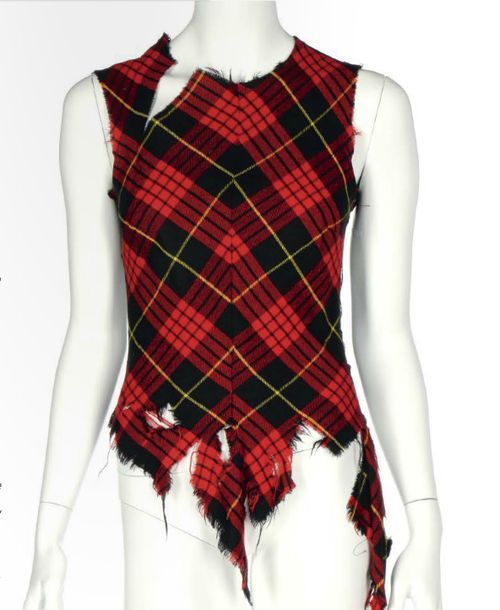 Thus, like McQueen, it is imperative for the country to challenge the colonial rhetoric of universal development. This can be done through an overt illustration of its past sexual violence. Only then can there be an exposition of the prejudices that underlie our constitution. And only then can India unshackle from the chains of an antiquated system, and decolonise through reform.

Fortunately, the country is on the right track, yet there remains a long way to go. For, regrettably, the false narratives continue to masquerade, ‘in swathes of unmanageable chiffon’, as the only truth.

(This article was first published on Safecity’s Blog) 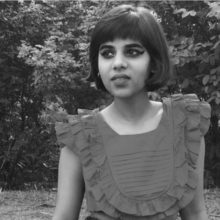 Kartika Puri, an undergraduate student at Ashoka University, explores writerly migrations between the spheres of art, society, and politics.