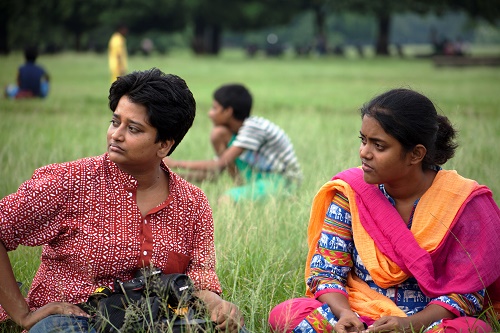 Teen Satyi is the name of an out-of-the-box documentary that narrates the true experiences of three people who chose to live differently with the courage of their convictions. The English name of the film, is In Fact because of the authenticity of the stories. The film has been directed by Debalina Mow who has been directing significant documentary films for some time now. “I have known my subjects for many years quite closely as they are like-minded friends of mine. When I approached them with the idea of the film, they happily agreed. Sappho for Equality which is a NGO for people with alternative sexuality mindsets, agreed to produce the film,” she says.

Debalina is a filmmaker and cameraperson. She has worked on feature length documentary films, short films, travelogues, music videos, corporate films, telefilms and mixed genres. She is passionate about environmental issues, gender, and sexuality. Debalina who began with cinematography, over time, took to direction and editing and has made several films of which many are either documentaries or fictionalised stories of the real lives of people who live in same-sex relationships.

She has made some more films on same-sex relationships. One of them, More than a Friend explores the lives and outlooks of four characters in the context of growing awareness about same-sex relationships in India. The film is interspersed with real-life interviews of people belonging to various sections of the society. Another film, Katha (Monologues) forms a trilogy of short films based on three true stories: a gay man and his father, two women in love and the everyday plight of a transgender individual. One more, Kee Katha Tahaar Sathe is a short film on male homosexual sex workers. It attempts to bring across the hopes, pain, fears and longings of a professional community labelled male sex-workers. It explores the emotional and physical spaces these men inhabit. And the Unclaimed is based on the story of two lovers who committed suicide the film questions social taboos and familial non-acceptance in regards to same-sex relationship.

Sappho for Equality is a forum – the first of its kind in Eastern India – that has emerged as a consequence of a unique effort to bridge the ever-widening gulf between the queer and the non-queer community in India. They aspire to become the collective voice of all cross-sections of society who feel the imperative to challenge the hegemonic heteronormative order that rules our present. The mission of the organization is to address the issues of sexually marginalized women in society and

Teen Satyi shows how tough it is for the ‘others’ with alternate sexuality to find acceptance and recognition within the mainstream if and when they come out of their ‘closeted’ existence or after they discover their sexual identities. The first story is about a couple of which one is Atreyee Basu who is a freelance content writer while her partner s Sanghamitra, her classmate’s older sister who she lives with in their own apartment now. 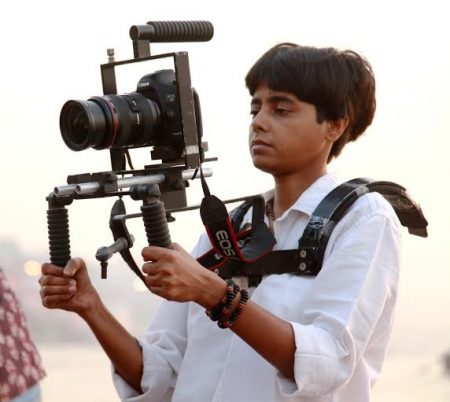 The couple also has a son born to Atreyee when she had married while in college but the marriage did not work and she walked out with her little boy. “Any kind of physical contact with the man was just not acceptable to me and I was already close to Sanghamitra at that time. The two subsequently got married and it was Sanghamitra who had proposed as she felt Atreyee would never come up with the proposal. Atreyee is the ‘man’ between the two and the son knows about the relationship and addresses them as Babai and Mamai.

He uses the family name Basu Banerjee picked from both parents – Bosu from the mother and Banerjee from the father. Atreyee wears her hair in a short crop and is mostly attired in tees and shorts. They have prying neighbours but they are immune to prying by now. They had great difficulty renting a flat. Their respective families have disowned them and they too have decided never to go back to these families. They have been living together for five years in harmony with the son. The son Tukai says that sometimes, his school friends tease him about his two strange parents but “I have accepted it and the teasings do not bother me anymore,” displaying a maturity much beyond his tender years.

Terms like “hermaphrodite have gone out of favour,” says Debalina. “Hermaphrodite is considered to be misleading, stigmatizing and scientifically specious. Atreyee considers herself to be a “trasnman.” Provat identifies with “man” and Poushali states she identifies with “woman.” Some portions of the interview break the fourth wall with the subjects looking into the camera but I did not do this with any conscious intention. Nor did I stop my subjects from looking into the camera while speaking. It all happened quite organically and I was not even aware of it,” she adds.

The film moves out of the confines of the flat where Atreyee and Sanghamitra live with their son towards the world out there which broadens the landscape of their stories.

The ‘outdoors’ become more important as the film moves on from one person to the next one. While Debalina has done the cinematography along with the direction, the background score that includes a lovely Tagore song – is used and positioned very well just before the last segment with Poushali’s story begins.

The second story deals with Provat, born a girl and the segment is called The Cool Chap. He is a footballer and insists that there is no gender bias in the kind of work he does. He loves the outdoors, the fields and sports and though he liked to be intimate with girls when he was quite young, “I realised my liking for boys when I got to college.” They lived with their respective families.

We lived our love mostly in our imagination which included a child. “We got married at the Kalighat temple. My parents did not have a son so my childhood pix are all with me dressed as a boy. I was devastated when I had my first periods but at the same time, I do not want to go through sex reassignment surgery because changing my body is not the answer to my problem. It is my mind that is more important. “He is a stubborn child, the sixth among six children,” says the mother who has no issues with his identity and his choice. But the male partner later married a girl. 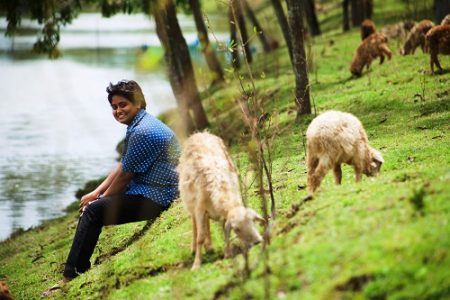 “Maa was supportive when I had my girlfriend but when she betrayed me, my mother hates girls,” says Provat. “I am completely happy with my life as it exists today and one happy moment was when I cleared by Madhyamik examinations,” he sums up as he kicks the ball in the field. This segment often places Provat in open spaces playing football and always smiling. Though he has not gone through SRS, from his present appearance, no one will mistake him for a biologically born female.

The third story is a mother-daughter story where the mother, Debika Basak, talks about her daughter’s alternative sexual preferences. The segment begins with a Queer March that happens every year in the city with strains of the Tagore song floating across.Of her daughter and her work with the GLBTQI movement, Debika says about her daughter Poushali who is extremely determined person in whatever she decides to do and “may be, perhaps because I teach in a college, I could do away with the pain when I discovered that she is not what I expected of her as a daughter .”

Poushali says that she never suffered from any pangs of guilt for being what she is. She fell in love with a female classmate when she was studying for her higher secondary exams,” says Poushali. But she adds that she was confused for a long time. “I was finding it difficult for me to find out the answer to what I really am. Her second sister was very supportive If you take me as a case study, I am a lesbian. My sister explained to my mother that my condition and my preferences were quite normal.”

The mother says, “I want my daughter to live life on her terms and I have absolutely no issues with her choice. After all, she is an educated and mature girl and has done her Masters at the Tata Institute of Social Science in Mumbai.” The last word belongs to Poushali who is extremely articulate and lucid. “I do not identify myself with the lesbian identity because I have also had relationships with men. I consider myself a woman.

The terms “lesbian”, “queer” “gay’ have all emerged from the political need, a political space accepted so the “Other” needed some kind of labelling,” says Poushali. Today, she thinks it is more important for her to concentrate on activism around her kind of people than getting settled in a permanent relationship with a same-sex partner.