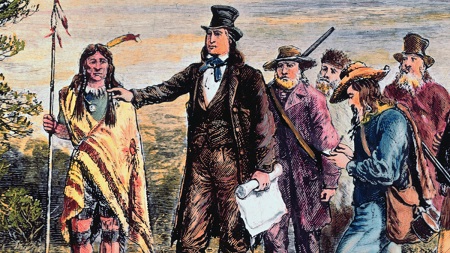 Mormonism, the predominant sect of the neo Christian order of Latter Day Saints, originated in the 1820s in western New York during a period of religious excitement called the Second Great Awakening. After praying about which denomination he should join, Joseph Smith, Jr. said he received a vision in the spring of 1820. The word Mormon originally derived from the Book of Mormon, a religious text published by Smith, which he said he translated from golden plates with divine assistance. The book describes itself as a chronicle of early indigenous peoples of the Americas and their dealings with God. From thus sprang an eclectic, holistic tradition that believes in distinction of The Holy Trinity.

Ushered westward by prosecution and conflict, Mormon pioneers excursioned into Utah, envisioning a vast dwelling: a satiating end to their long quest for a permanent haven to peacefully inhabit. However this pristine, expansive sanctum served some hitherto unexpected, ulterior ends as well.

Although officially, slavery was outlawed in Alta California [of which Utah, was erstwhile, a part], it was a prevailing practice beyond paper. On ground, it was near-ubiquitous, and was a very profitable and large scale business and trade. Mexican colonists of the region took natives as slaves, as labour in their plots and tracts, and to caretake their children. Certain tribal clans and agglomerations plagued by infighting, actively participated in the business, delivering tribesmen from fellow factions [after overcoming them in combat or a sneak raid, at times abduction] to the Mexican masters, as potential slaves. [5]

Ute Chief Walkara, amongst others, contended that, by strategically juxtaposing themselves as masters, or at least enslavement liaisons, they would effectively enact a bypass and eke out freedom for their own people (fellow clansmen). However, as near-future were to have it, they couldn't be further from reality. For Mormons, Native Americans, whom they referred to as “Lamanites” posed an economic and religious prospect. [5] To cite a prophecy in the scripture, the Book of Mormon, 'the Lamanites were destined to become “white and delightsome”, once they converted to Mormonism'. [6]

A sizeable portion of Mormons initially held slavery to be an immoral practice. However, upon reaching the Salt Lake Valley, witnessing the indiscriminate omnipresent brutalities of select, dominant Native American tribes towards their subjugated brethren, their viewpoint and treatment underwent an inflexion. Soon, the Mormons integrated into the system; A continuum of multilateral exploitation was thus established. [1]
However, their role and part in this multipartite vying, was unexpected and their purchases belied their true intentions. Mormons, were driven by a sole motive of benign zealotry. They were fervently buying slaves, in a bid to rescue them from exploitative enslavement and convert them to Mormonism. “It is essentially purchasing them into freedom,” Brigham Young, the pioneers’ leader, wrote. He motivated other Mormons to “buy up the Lamanite children as fast as they could and to educate them and teach them the gospel.”

Their intent to salvage and save didn’t matter to the Native Americans complicit in the slave trade continuum. To the latter, the Mormons posed a threat to their hearty livelihood and means of sustenance, and hence Mormon saving attempts were met with fierce resistance and sporadically, violent offense from Waraka, et al. [2][3]

While Mormons were actively committed to salvaging, baptising and subsequently augmenting the Native Americans into the mainstream, Native Americans and African-immigrants were increasingly becoming a currency in hands of the colonists.

Slave Children increasingly served as a fundamental source of labor to the settlers, some of whom traded them to other Mormons or even presented them as quanta of hallows. Ute Indians, several of whom were starving, desperately sold their children to Mormon people in order to guarantee both, the children’s and their own survival. Several prominent Mormons have also narrated anecdotes and journal-accounts of alleged Native American bloodcurdling brutalities towards children of their own kind and inconsistent treatment, thereof; Thus considering it a moral obligation to free them from panging bridles, ironic in light of their to-be indenturement.

In the meantime, writes noted historian and commentator Brian Q. Cannon, the Mormons attempted to anglicize and appropriate the children, and “imposed a new order and identity” on them. Public mass baptisation ceremonies for American-Indians became a common sight. However, the inhibitions against interracial marital ties persisted rigidly. This inflexible enforcement prevented any real social augmentation whatsoever, although, it slightly elevated, if not upheld their dignity. No less than three black slaves came along with the original Mormon founding fathers, and with an 1852 legislation legalizing slavery in Utah, other Mormons emulated precedent. The patronising, skewed white outlook and worldview that impelled the aforesaid indigenous slavery among the Mormons was unilaterally imposed upon black slaves. Then, in 1862, Congress outlawed slavery in all United States territories, including Utah. Most black slaves, now free, moved out of the state. Meanwhile, many Native people stayed with the families they had lived with during slavery; In further testimony to the mixed and precarious role of the Mormons. [4]

Though slavery formerly terminated in Utah in 1862, the Church’s attempts at Native American conversions anything but subsided. In the initial post-War decades, tens of thousands of Native students were converted and augmented, by the Church of Jesus Christ of Latter-Day Saints. [5]

The chaotic chain reactions of good intents, uncertain compromises, ill-thought nobility, and vested interests of the Mormons have long into mixed ends, yet their historic roots, albeit inconspicuous, are still palpable in the land of Utah. 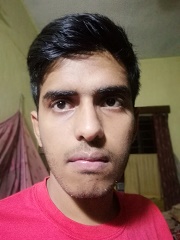