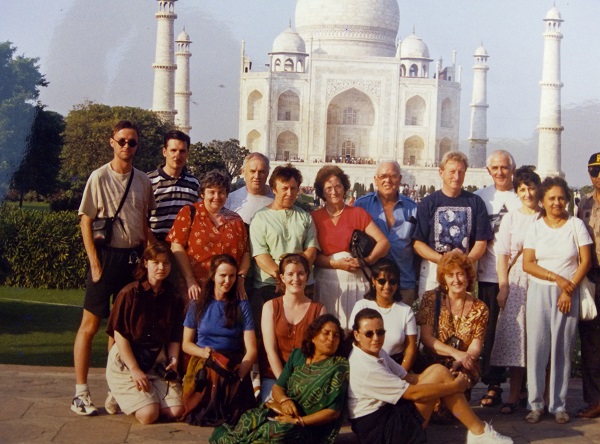 In popular imagination a tourist guide is usually a man who accosts people outside monuments and other historical sites offering guided excursions. This image has been further reinforced by the 1965 classic film, ‘Guide’, where cinematic legend Dev Anand transforms into Raju, a happy-go- lucky freelance guide

Is it possible to imagine a woman step into Raju’s shoes. Perhaps not, due to the stigma attached to this vocation. And yet, surprisingly, Indian women have been working as tourist guides since the 1970s, undeterred by the long hours outdoors and the responsibility of managing tourists from inverse backgrounds and with varying temperaments.

So what’s the attraction? An opportunity to meet people from all over the world, to travel to different cities, while earning good money on a freelance basis are just some of the factors that draw them in.

Delhi-based Kamlesh Sharma, 70, is one of them, and perhaps one of the pioneers in the profession – she became a guide way back in 1970. “I had done multiple Masters –in History, English and B.Ed. I wanted to teach, but my husband, who worked for the India Tourism Development Corporation felt it was better for me to be a guide as it could be done as a freelancer. Once I started, I simply loved it,” she says. For Sharma, it was the respect that tourists gave her that was the most valuable part of her job. “The most joyful aspect of being a guide is when foreigners respect you and openly and generously appreciate our culture. They do their homework well and ask many questions,” she elaborates.

Not only did Sharma thoroughly enjoy her interactions with those whom she took around the city’s famous sites, this also gave her the chance to observe human nature up close and understand a foreigner’s perspective on India.

She recalls, “Once with an American couple there was an African lady who had the same itinerary. Despite my best efforts the couple made it clear that they didn’t want to be with the African woman and insisted she travel independently. Another time I was accompanying a couple on a sightseeing trip. At lunch time they said they were going to eat but didn’t invite me. Later, they remarked that they didn’t know what my caste was and whether it was okay to ask me to eat with them. Apparently they had had some bad experiences elsewhere. There are several such interesting anecdotes associated with my work life as a guide.”

However, this job was not all fun and games. “There were times when I have had to do double duty. I used to find it difficult to climb the steps of Humayun’s tomb several times in a day. And later I developed varicose veins. But I don’t choose to dwell on the negatives,” she shares.

For Usha Bhardwaj, one of the first Russian speaking guides in the country, the toughest issue she had to deal with at one point in time was the unavailability of an adequate number of hotel rooms. “In the beginning it was really troublesome but later one got used to handling the situation. Earlier, there were not many hotels around even in the big cities. When tourists were unable to find a suitable accommodation for themselves they would come up to me to seek advice or assistance. Though it wasn’t really my job to find them rooms I never said no. These days, thankfully, it’s not such a problem anymore,”she says.

According to Wilhelmina Tunious, who became a guide in 1984, now more than ever guides have to be better informed. “Tourists have become very demanding. Because of access to the Internet they are already well informed about the city they are visiting and they want us to take them to all kinds of places that they have read about online. Consequently, one has to be a step ahead.”

Bhardwaj agrees, “One has to be aware about the history, culture, traditions of the places one visits. It is the most important thing about being a guide,” she says. For her, the knowledge she has gained over the years is the biggest takeaway from the profession. 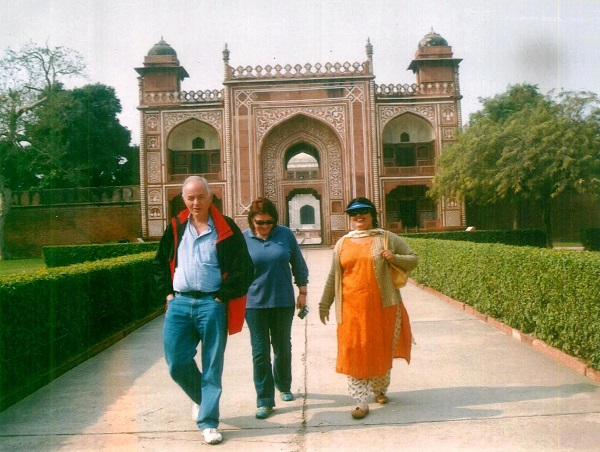 Sweety Bhalla, who, like Tunious, was certified in 1984, points out that a guide doesn’t work alone; its team work between the travel agent, tour operator and the guide. She informs that during the peak season, from October to April, guides work almost everyday, including weekends

Indeed, even as the female tourist guides are enthusiastic about the profession itself and are ready to overcome the challenges, they do confess to feeling the pinch when their work is not acknowledged as worthy in society. “Though I didn’t have many friends at that time, whoever came to know I was working as a guide asked me why I wasn’t doing a ‘good’ job ; they felt my profession was unstable,” shares Sharma.

Tunious adds, “Though the work in itself is a very exciting, it is not considered respectable. People have no awareness about it. When I say I am a tourist guide, they invariable say, ‘Raju guide? Like Dev Anand?’”

Never mind strangers and friends, as long as their family is by their side the women don’t mind the occasional sticky times. “Things were problematic when I got married initially. People used to comment ‘she comes back late in the night, where does she go?’
But as long as the family members know where you are, one doesn’t have to react to what other people think,” says Bhalla whose father, brother and uncle have worked as tourist guides. “Also once they see the income their mouths are shut,” she adds.

“I never faced any opposition from my husband and his family. In fact, when I used to go on longer trips they would readily look after my children,” says Bhardwaj, who only guides groups within Delhi now.

Of course, it’s the tourists and tour operators who are the happiest in the company of women guides. Says Tunious, “There are not as many guides in western India as in Delhi. So tourists from Mumbai and Aurangabad are pleasantly surprised to see women taking them through the city. They are very happy to see us.”

An increasing number of operators who are designing all women tours, in particular,prefer to hire women. “Women are natural storytellers and if you give them a list of attractions they add more to it and make it better,” says Reshma Chadha, who has initiated a start up, ‘Bon Voyage’, that provides thematic tours for women. Talking about the profession’s image among girls in smaller cities she says, “Though there are misconceptions, working with foreigners is considered to be prestigious. Their families like it when they bring home international tourists to show them a slice of daily life,” she elaborates.

Speaking for her lot Bhalla signs off with this, “Guides are like ambassadors of their country; they are the window to its culture, heritage and society. It is a blessing to be one.”