Saving Women From The Trafficker’s Trap 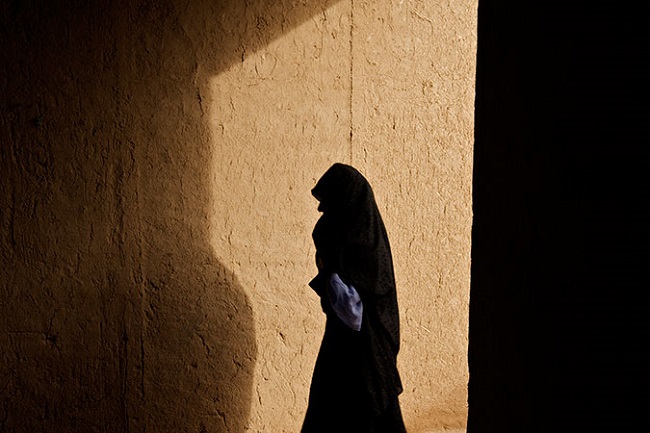 It was a simple job posting in her local newspaper that drew Rosita* to Jordan. Work as a chef for USD $400 in addition to free accommodation and food, it promised.

“I received an invitation from a recruiting agency in Jordan so that I could get my visa,” she recalls. “[The man who interviewed me] told me that I will have a separate room with a television and phone so that I can contact my family.” The incentives were too enticing to refuse.

As Rosita boarded a plane from her home in Guatemala, she felt a rush of excitement. She met 15 other women who had received similar offers, and they eagerly discussed the opportunity that awaited them in Jordan.

Upon arrival, their optimism turned to fear. “We were taken from the airport to an apartment,” said Rosita. “We were locked there with no food or water or light.”

The women had unwittingly become ensnared in human trafficking, a widespread issue in the Arab States region. The United Nations Office on Drugs and Crime (UNODC) estimates that women and girls account for 70 per cent of those trafficked worldwide. Unlike many in the same situation, Rosita and her friends were able to escape and find refuge at a Jordanian shelter. Staff helped them reclaim their passports, stolen by the traffickers, and return to Guatemala

The shelter is operated by the Jordanian Women’s Union (JWU), which implemented an anti-trafficking programme spanning three countries from 2011 to 2013, in partnership with the Egyptian Centre for Women’s Assistance and Union de l’Action Feminine in Morocco. To decrease women’s vulnerability to human trafficking, the programme received nearly USD1 million in funding from the UN Trust Fund to End Violence against Women. Through the collaborative efforts of governments, NGOs and legal representatives, anti-trafficking laws or better enforcement were established in several countries, rights-based services were set up to empower survivors, and awareness of the issue was raised through networking and campaigning. 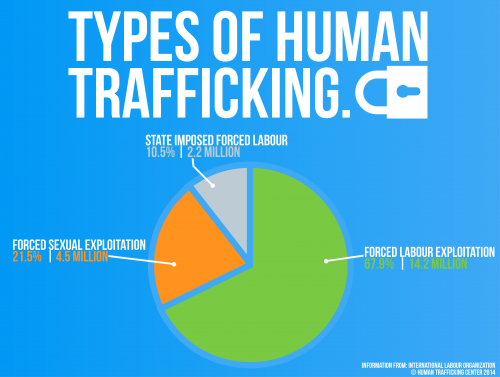 On the legal front, the concepts and definitions of trafficking – in line with the UN Protocol to Prevent, Suppress and Punish Trafficking in Persons especially Women and Children – were presented by experts, then studied and eventually adopted by project partners. They became the basis for drafting one regional and three national anti-trafficking model laws.
“Some members thought we are wasting their time when we were opening the discussion of the definition and terminologies again and again,” said Nadia Shamroukh, Regional Coordinator of the project. “We would not have moved a step in the project if we had not reached a consensus,” she added.

Because trafficking is cross-border by nature, a regional legal committee was established, comprising lawyers, judges and international human rights law experts from several Arab States. A host of regional meetings took place to draft a model law, focused on protection, criminalisation, punishment of perpetrators, and the restoration and repatriation of survivors. The process of drafting and revising national laws started after the regional model was agreed upon in December 2013. 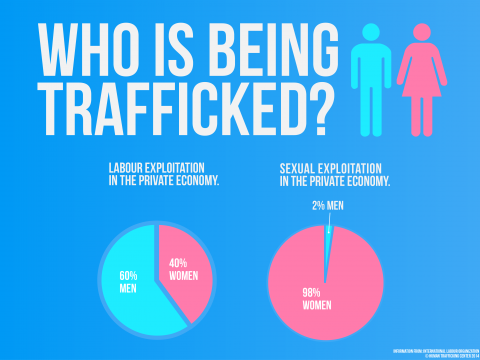 Legal frameworks differed in all three countries. In Jordan, an anti-trafficking law existed, but lacked implementation. Ten parliamentarians backed the model law’s introduction in Parliament but it has yet to be adopted. Still, after trainings with the legal system, referrals between the Jordanian Women’s Union and the anti-trafficking unit have increased and partners report greater enforcement of the pre-existing law 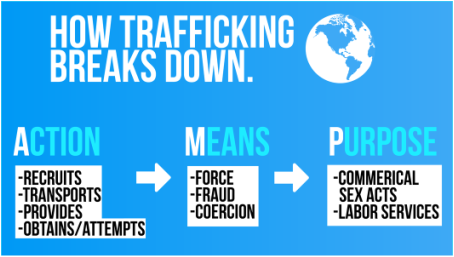 Within the first year of the project, three national networks were established, with representatives from NGOs, human rights activists and government stakeholders. More than 100 police officers, judges and prosecutors were trained on the trafficking phenomena in Jordan, Morocco and Egypt. Nearly 400 women received psychosocial and legal consultation, and four hotlines were established to provide services to trafficking survivors. Three shelters were opened to provide women with a safe space, and 35 organisations were trained to provide specialised services to trafficked women in Jordan.

“The partners from governments made it easier for the social workers and lawyers to access different State institutions when they were dealing with cases of trafficking,” said Aseel Abu Al Bandora, Assistant Project Coordinator, who is based in Jordan, adding, “Sometimes, it took them just a phone call with one of the government representatives to have an answer, or to facilitate the case procedures at the police or the court.”

As the legal frameworks of the three countries were revised, national committees reviewed labour and penal codes in order to draft laws that would circumvent legal impediments. Media coverage and awareness-raising among governments, NGOs and the community at large also helped garner the support of law-makers, regional bodies and national organisations on the draft laws. This year, with funding from the Government of Norway, project partners will expand coalitions, add new countries and lead a campaign to promote the regional law among governments and stakeholders