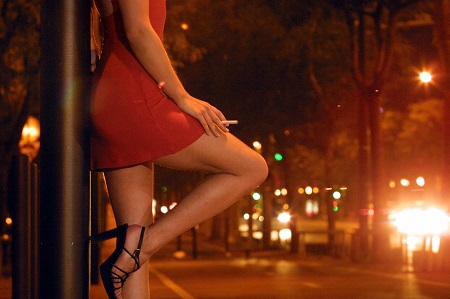 Prostitution is the sexual exploitation or abuse of persons for commercial purposes whether in consideration of money or of any other kind. It is the use of one’s body for sexual services such as oral sex or sexual intercourse in return for payment.

It is the oldest profession, a nightmare for women forced into it and a means of earning easy money for traffickers. Though there exist male, female and transgender prostitutes, it is predominantly female prostitution which is carried out not only for earning a living but also for protecting the family from harm during riots, social disturbances and war.

This profession is professed under many names.

Temple prostitution prevalent in Greece, Rome and many other countries including India is a way in which religious traditions are exploited for commercial gains. In India, mainly in interior Karnataka, it is believed that the Goddess Yellamma’s husband ordered their son to behead her when he caught her spying a couple getting intimate on a lake side. After a complex procedure of death and rebirth, she was reincarnated to become a symbol of worship for the lowest caste of the Hindu religion i.e. the Dalit’s.

As per traditions, a month long festival known as Saundatti is celebrated where young girls are dedicated to Goddess Yellamma by their parents. Girls are married to the deity and become public property in order to satisfy the sexual needs of the priests and those they are sold to. After the wedding ceremony the girls, aged four to six years of age, go back to their hometown. When the girls reach puberty, the family informs the women of the Yellamma community who then look for a man who bids for her virginity. Also, traffickers from Mumbai, Pune and other big cities come to the villages of Karnataka, during the Saundatti festival to bid for the deity’s bride. The girl’s family receives regular income from the man the girl is sold to.

A girl child in India, is still, often considered a burden. The lower sects of the society believe that making their girl a Devdasi, as they are called after being dedicated, would turn their liability into an asset. Devadasis, from Sindagi and Bijapur in Karnataka, on being interviewed, said that they considered themselves as goddesses as they are the ones who feed their family. If they did not earn by selling their body, their families would starve to death. Even if they were educated, they would not get jobs as they were Dalits and perchance they did get a job, they would not earn as much.

Organized colonies of the Devadasi community use protection during sexual intercourse but many do not and land up contracting HIV and face its consequences. The Prevention of Dedication Act was passed in the year 1984 but it has not been implemented efficiently.

On the other hand, in Bangkok, there is a separate sex industry which runs like any other industry whose packages are advertised openly. They provide employment opportunities, improve the standard of living and also contribute significantly to the national income.

Thai society has its own unique set of often contradictory sexual mores. Visiting a prostitute or a paid mistress is not uncommon, though not necessarily acceptable behavior for men. Many Thai women, for example, believe the existence of prostitution actively reduces the incidence of rape. Among many Thai people, there is a general attitude that prostitution has always been, and will always be, a part of the social fabric of Thailand. In present day Thailand, this is expressed as a tolerance by wives for prostitution. Sex with prostitutes is viewed by wives as empty sex and thus women may allow their husbands to have meaningless sex with prostitutes rather than find a new spouse.

Buddhism also prescribes “acceptance and resignation in the face of life’s pain and suffering“, in accordance with belief in karma and the expiation of sins from previous lives. Women may choose to believe that suffering as prostitutes is the result of their karma.

Legalization of prostitution is a debatable issue all over the world. Morally one may consider it to be unethical but practically it does have a positive side.

However, in my opinion, legalizing prostitution would further poison the mind of the young adults as they are already subjected to obscene content which urges them to experiment with various aspects of life. They will have an additional avenue for experimenting which will catalyze the degradation of morals and ethics in society.

The current generation is looking for means and ways to earn easy money. They may decide to take up prostitution as their career instead of working hard to settle down in life if prostitution is legalized.

Also, when income from prostitution is included in the Gross National Product, the overview would suggest an increase in employment opportunities, national income, improved standard of living, hence an increase in the Human Development Index. If we wait to see how legalization of prostitution affects the society and then try to make changes in the legislations accordingly, by then it will have become an integral part of the society, making it difficult to curb the nuisance it creates. 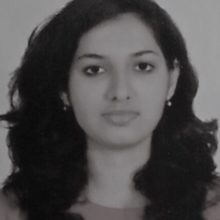 Arshia Taqi is a third year law student at Pravin Gandhi College of Law, Mumbai and is also a trained yoga teacher.