Who produced the experimental Docu Fiction-A life in Dance on Pandit Uday Shankar ? 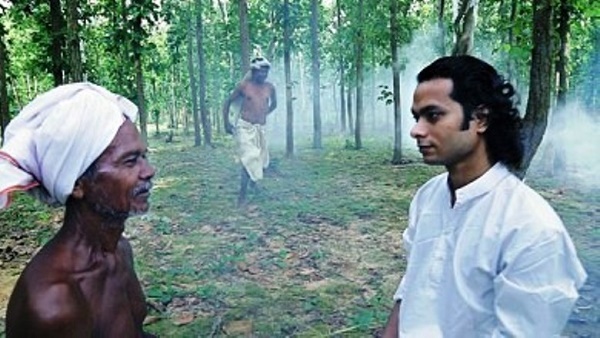 A life in Dance

The Kolkata audience was recently invited to a screening of A Life in Dance, produced by Films Division and directed by music composer Dishari Chakraborty, at the Birla Academy of Art and Culture. The debutant director claims that the film is an experimental docu-fiction on the great dancer Pandit Uday Shankar who immortalised his unique style of dance across the world.

The press release clearly states that “This 52-minute documentary on the life and works of Uday Shankar could perhaps better be called a docu-feature. It traces the life of an artist whose training began primarily as a painter, but who, in the gradual course of events, and after the multiple and varied influences in his life became renowned for his dance and had the world under his feet!” However, the unfolding of the film on the screen turned out to be a great disappointment because it chose to follow an abstract and ambivalent journey through an artist’s life that does not precisely adhere to the man we have known and as Pandit Uday Shankar whose contribution to dance remains without parallel till this day.

The film shows a young man whose looks, body language, height, figure and personality do not come even remotely close to the handsome and well-toned figure of the great dancer. The film is strung together through flashbacks, also fictionalised, with a voice-over that the director says “is a monologue from the part of the dancer narrating the influences in his life that made him the multi-layered artist he turned out to become in course of time.”

According to the debutant director ‘It is the story of a man whose artistic identity was never steady - moving between painting, dance, performance that included magic and cinematography. It is the tale of the desperate human spirit trying to express itself through various mediums, forever being led by passion. The treatment of the documentary is non-linear and the director move freely between the present and the past. It progress in the form of a monologue, mostly autobiographical in nature.'

Which man? What “artistic identity”? This film could apply to any artist who may be a dancer,painter,magician etc. Since this is a ‘monologue’ the name “Uday Shankar” is not uttered in the film and rarely appears in any clip or hoarding within the film. Why? The film, cinematographed (Susanta Ghosh) in a rather haphazard manner with a collage of images and landscape put together without synchronization by very bad editing (Dishari Chakraborty), that takes the viewer through a journey into different schools of art and dance the dancer has been influenced by.

The moot question that dogs one is that – how could an august body like Films Division with an illustrious history of biographical documentaries on music experts, dancers, painters, artists, vocalists and so on could assign a docu-fiction on Pandit Uday Shankar to a novice who apparently has no expertise to make this film? He is a trained classical musician and has composed the music in some films and obviously, has no idea about how to make a documentary much less an ‘experimental’ documentary and that too, a documentary on a legend like Uday Shankar. 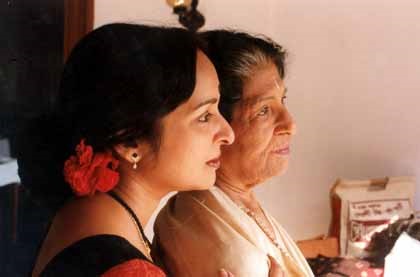 Films Division, established in 1948, was the main film-making and film-producing body committed to maintaining ‘a record of the social, political and cultural imaginations and realities of the country’.

Significant filmmakers commissioned by Films Division invented their own imaginary and aesthetic lines of creativity to make documentaries of their choice in their own way. Examples are Mani Kaul’s Dhrupad and Siddheshwari and Satyajit Ray’s The Inner Eye. Other examples are – are Girish Karnad’s Lamp in the Dark, Gulzar’s Amjad Ali Khan, Priya Dutt’s Nargis, documentaries by Adoor Gopalakrishnan, Gautam Ghose, Buddhadeb Dasgupta, Mrinal Sen, Satyajit Ray and so on. In fact, Films Division has the biggest archive in the world of biographical documentaries.

Kumar Shahani’s Khayal Gatha and Bhavantarana are two of the most outstanding documentaries exploring the history of the Khayal and documenting the life of the Odissi dancer and scholar the late Kelucharan Mahapatra respectively. Arun Khopkar’s Colours of Absence, on cubist-abstract painter Jehangir Sabawala, unfolds the painter’s evolution to become one of the most outstanding among contemporary painters in India.

Back to the current film, one would like to ask how an august institution like Films Division with a history of 70 years could agree to produce such a shoddy film? Most of the credits in the screening of A Life in Dance at Birla Academy differ from the earlier screenings of the same film held in February this year. For example, Vandana Hazra whose name appears in the earlier screening as the writer of the monologue, at the present screening her name is associated also as ‘subject expert.’ Vandana Hazra is a distinguished Bharat Natyam dancer, teacher and choreographer. But for a film on Uday Shankar, never mind the ‘experimental’ part, how could she be “subject expert” when Uday Shankar’s wife Amala Shankar is still alive and his daughter Mamata Shankar, both dancers, teachers and choreographers in their own right were personally in touch with Uday Shankar and could have added authenticity to the film?
Mamata Shankar who was felicitated by the organizers Films Division and the maker of the film before this screening, openly lamented in her speech that she wished the makers had consulted members of the dancer’s family for their research. What research? This is an ‘experimental’ film, remember? So, ‘subject expert’ is just for the credits of the film not to be taken seriously.

A Life in Dance tells us precisely nothing about the great dancer Pandit Uday Shankar except some excerpts of his boyhood and his mother’s deep influence on his growing up which can easily be gleaned from any Internet knowledge website and which we already know.

The director who is also responsible for the concept, sound, screenplay and editing has roped in some distinguished artists from different schools of dance such as – Guru Kalavati Devi, Guru Kalamandalam V.R. Venkat, Guru Malavika Sen, S. Tomba Shing, Kalamandalam Gopu Kumar and Loknarth Das. However, their inclusion in the film adds in no way to the narrative or the cinematographic space aimed at perpetuating the life of Uday Shankar.

Sukalyan Bhattacharya as director of choreography did not have the opportunity of contributing to the film which has very little dance in it.

The editing is so shoddy that heads are cut and sometimes, one can only catch a glimpse of a pair of hands on a semi-darkened screen. If this is done by design, it does not work at all because this is a film on a dancer and his dance –as teacher, dancer, choreographer and inventor.

Contemporary dancers and noted folk dance groups have also appeared in the film in some scenes to illustrate the “influence” these schools had on the shaping and honing of Uday Shankar! Really! Can you beat that? The Sah Family of Almora has been roped in such as the Ramlila Group of Almora, Ramnagar Marang, Guru Anech Serinch Akhra and so on.
But their presence is futile because the film remains as vague as it is when it opens till the last frame cuts to show the credits against a beautiful archival clipping from an Uday Shankar ballet captured on film. One walks out of the full auditorium with memories of that last film clip

It is a sad comment not on the young director but more importantly, on the producer Films Division that allowed such a film to be made at all that brings down its prestige and dignity by more than a few notches with a film on Pandit Uday Shankar which is not a tribute but an insult to the memory of one of the greatest dancers India has ever produced. How can one be permitted the audacity of making an “experimental” documentary on Pandit Uday Shankar and how could Films Division step in to produce it?