Why No Mr Right For Bhutanese Girls 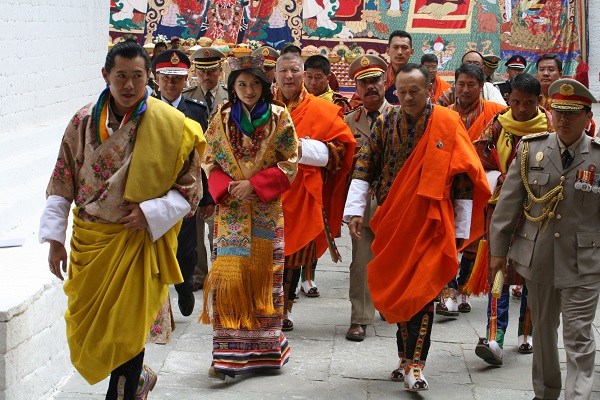 The present King, Jigme Khesar Namgyel Wangchuck is idolised by the people

It is a picture postcard country, whose breath-taking landscapes and rich culture beckons foreign tourists in large numbers each year. And yet, as one travels through the stunning Bhutanese terrain, one realises that everything is not as idyllic and effortless as it seems.

The fact is that life’s not all that “happy or content”, at least, for the women. Patriarchy and polygamy essentially sanction male infidelity leading to unstable marriages that usually end up in divorce. With the divorce rate in this Buddhist kingdom a high 70 per cent more often than not it’s the women who end up being shortchanged.

Bhutan, a nation of an estimated 78,11,68 people, is governed by tribal rituals and traditions. Men outnumber women  – the sex ratio is 1126 males per 1000 females – and they call the shots within the family and also in a larger social context. Since society is basically ruled by old rituals, polygamy is not illegal. Incidentally, the custom has been followed by the royal family, too. Former King Jigme Singye Wangchuck, who abdicated the throne in favour of his son Jigme Khesar Namgyel Wangchuck, the reigning monarch, has four wives. 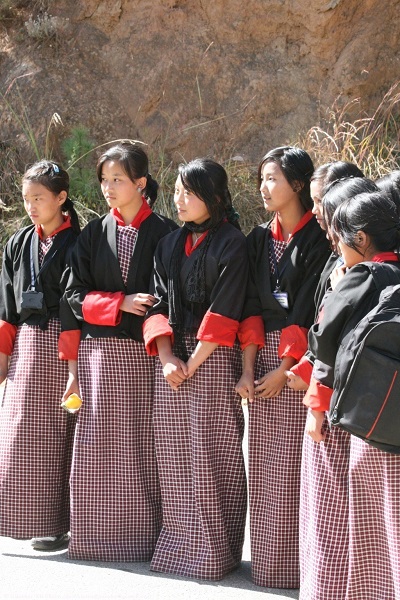 Nado Drupka, a 63-year-old politician and resort owner in Punakha, confirms that the law of the land doesn’t object to several matrimonial or conjugal alliances. He states, “Our former king married several times over and his four wives are sisters. I got married five times, although three women have already divorced me. The tradition is simple: if I fall for someone and the wife objects, I have to hand over a part of my property to release her. But if she agrees to a new alliance, I can even get married seven to eight times.” Ask Drupka if women have the same rights and he replies, “Of course, if she likes someone else she can get a divorce or have more than one husband with the previous husband’s consent.”

Full marks for gender equality? Well, as it turns out this bold statement is true only in theory.

The reality is that most women only end up leading extremely insecure lives, whether they are of marriageable age or already married.

Sonam Rabgye, who works as a front office executive and hostess at an upscale restaurant in Thimpu, is ready to tie the knot but she can’t shake off the feelings of uncertainty and anxiety. These are not the usual pre-wedding jitters; they are stemming from the fact that eventually her husband may want to move on to another relationship. She elaborates, “I’m 23 and there is already a lot of pressure on me to get married. But the point is that despite getting a good education and being financially independent, I know that sooner than later divorce will cast its dark shadow of fear over my marriage. I don’t even know if we can claim to have a Mr Right or ever ‘live happily ever after’.” 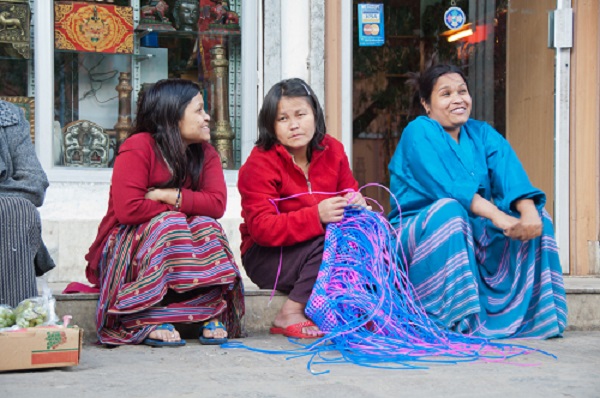 Women at work in all fronts

If young Rabgye is dreading tying the knot then Norbu, a 56-year-old owner of a curio shop in Punakha and father of two daughters, is hoping that his girls won’t have to go through the pain of a broken marriage. He says, “Today, the divorce rate is so high in Bhutan that I fear for my daughters. Not only is infidelity increasing at an alarming pace there are quite a few young men that are addicted to alcohol these days.
The young wife is expected to earn the daily bread as well as that bottle of liquor. Since ours is a male-dominated society, there is nothing she can do but toe the line. Many young men don’t work and their partners end up working outside and inside the home. They seek payable jobs and also bring up the children and do all the household chores. It’s a lot of pressure to bear.”

Women are very visible in the work sphere, particularly when it comes to retail, hospitality and tourism industries that are central to Bhutan’s economy. They work in resorts as hospitality staff and don’t shy away from doing the heavy lifting as well – like carting baggage – because there is simply no other option. Custom prevents the men taking up the menial jobs. So, in many cases, they end up becoming the sole bread-winners and chief care-givers! And to top it all they have to live with the added mental burden of an uncertain marriage.

Aren’t the women then tempted to have a relationship and perhaps even think of settling down with one of the many foreign tourists or migrant workers that come in from across the borders every month?

Rabgye answers this question, “Immigration laws in Bhutan are extremely rigid. Foreigners usually can’t get a work permit beyond three months so there isn’t enough time to build a relationship. Even if a foreigner manages to stay in the country for 20 years, he can’t get the citizenship of Bhutan. So the only alternative left for a Bhutanese bride is to leave the country along with him – and that is something that I would never want to do.” 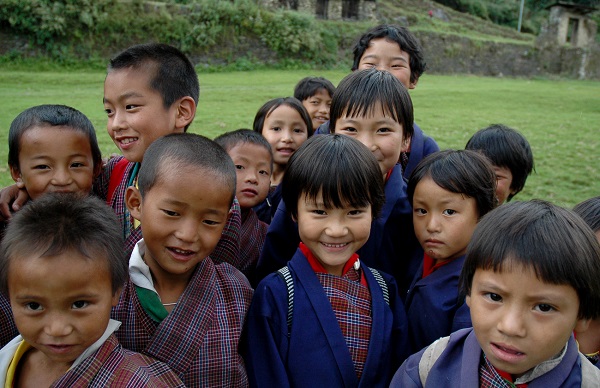 Looking towards a better future

So far, the going is not easy for women, but there is definite hope for change. The present King, who is idolised by the people, has gone on record to state that he will not marry again, something that is motivating many youngsters to follow in his footsteps.

Rimpe, who works as a tourist guide, says, “We adore our king and if he’s decided not to get married again despite the law of the land permitting more marriages, I feel motivated to be faithful to my wife, too.”

His wife Christina, who works as an accountant at a government office in Paro, adds, “Women in Bhutan feel empowered because the King himself supports our cause. As a small nation, we are trying hard to rebuild and restructure the economy and can’t afford to have half the population existing in a constant state of tension and flux. The one thing that goes against the practice of having multiple partners is the threat of HIV/AIDS. Many are waking up to the risks. I think the changing perceptions will yield positive results that will be visible in a few years’ time.”

Dolma, a 23-year-old entrepreneur, who runs a family resort at Phuntsholing in southern Bhutan, signs off on an optimistic note, “Children are getting free education and healthcare and the King is supporting monogamy. These should positively impact the status of women. At the same time, girls have to realise the power of education, which can be a game-changer. I did my hotel management from a premier institute in India and I’m more than happy to take care of my family business. Marriage is secondary for me at the moment, and for many others like me, who are getting professional degrees and changing the system at micro level. Receiving due social respect and equality in the matrimonial alliance is the next step. That will certainly happen in the near future.”