Where is my name? A woman’s right to her name 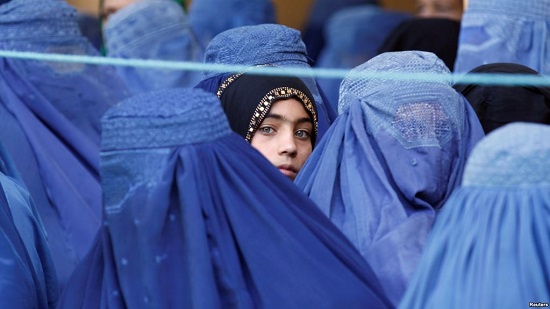 Your name is your identity. It reflects your culture, your persona and your heredity. If someone strips you of your name, you are anonymous, you are no one, you do not exist and for one who does not exist, there is no question of rights and therefore, no duties either. Yet, this has been happening in one corner of the world among one ethnic group belonging to a particular community. Are the women concerned taking all this lying down? No, they are not and for those not in the know, here is the back story.

A group of Afghan women have launched a social media campaign to protest for woman's right to her name and against the country's custom of erasing women's names. In Afghanistan's patriarchal society, a woman's name should not be revealed, even on her grave. Publicly using the names of women is regarded as inappropriate and even an insult in the Islamic nation. According to Afghan law, a mother's name should not be recorded on a birth certificate. Does this not mean that she was never born, will never live or even die? How is it possible for any human being’s existence to be denied only because of some outdated and wrongly held traditional convention and custom?

What is ‘custom’? “Custom” is defined as a traditional and widely accepted way of behaving or doing something that is specific to a particular society, place, or time. But time is not constant and the only thing that remains constant, as we all know, is “change.” Even when this custom first came into being, it was not as if women did not have a significant role to play – the primary one being that of creating the next generation of men and women. If men were not born at all, how would these practices ever come into being?

The campaign #WhereIsMyName uses a hash tag that aims to change this custom by challenging women to reclaim their names and calls on others to address them by their given names. Give back woman's right to her name.

On social media, the movement has gone viral, as thousands of wives, daughters and mothers have risen collectively to reclaim their erased identity. These rebelling women claim their demand to be referred to by their actual name and are also working to ‘break the deep-rooted taboo that prevents men from mentioning their female relatives’ names in public.’
According to Afghan sociologist Hassan Rizayee, this custom is rooted in tribal life. He adds, “This is a traditional and cultural issue; it needs a long-term cultural struggle and fight. By weakening tribal cultures, and awareness through the media, this type of thinking about woman could be changed.” According to New York Times, this movement began in Herat province before spreading out across Afghanistan through the social media, highlighting the power and spread of social media thanks to the progress in the information highway. 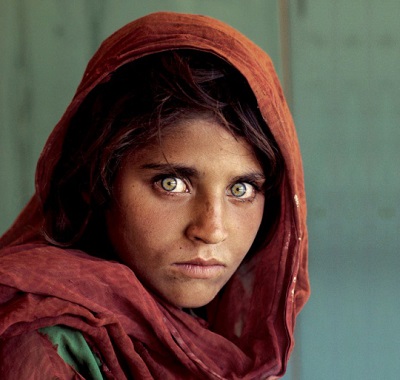 The reinvoking of a custom that unidimensionally strips the woman of her identity by making her nameless and recognised only by the name of father, husband, brother or son is surprising because the Taliban was overthrown way back in 2001 and this had raised hopes for Afghan women. Has the position of women remained the same as it was when the Taliban dictated the rules for women? The women regained the right to vote and the right to a basic education such as going back to school. But basic patriarchal practices are so deeply ingrained by most groups with a feudal and fascist state of mind about women’s position in society that most of the conditions have remained the same. Women continue to be victimised by violence and stripping the women of their names is just a severe extension of this violence.

According to convention and tradition in Afghanistan, the following precepts were observed as mandatory:
(a) a woman’s name should not be revealed, even on her grave;
(b) the headstone on the grave should read “Mr. X’s mother/daughter/sister” rather than the real name of the dead woman;
(c) the mother’s name should not be recorded on the birth certificate of a newborn;

Bahar Soheili, an active member of the campaign, says, “”Our society is full of injustice for women; basically, everything is taboo for women. With this campaign we aim to change many things for women and social media has opened a new window to Afghanistan’s young generation. “

A tragic example of this name-stripping exercise is that when one of the campaigners, a woman, went to open an account in a bank and was asked to fill a form, she could not fill in her mother’s name because, by her own admission, she had forgotten her mother’s name! Can this social reality be any more tragic as an insult to womanhood in general and the mother in particular? “Nobody in all these years asked or called her by her name,” says Batul Mohammadi, the campaigner. Niamatullah Ibrahimi, a researcher of social and political movements in Afghanistan at Australian National University, said the country had been experiencing profound social change thanks to greater connectivity to the rest of the world through social media.

This reminds us of Margaret Atwood’s novel, The Handmaid’s Tale. The novel examines our sense of self, or identity, and the challenges that can be brought to bear on the self by the state. The fictitious place named Gileadean dictates the systematic stripping of identity from women. Under its strict rule, women’s names are removed and they are reduced instead to gender roles: Handmaid, Econowife, and so on. Those who identify as feminist or are found to be infertile are reduced even further to the sub-human status of Unwoman.
Besides, Handmaids and Unwomen are defined in terms of their body; a new identity is expressed through fertility, which is of primary importance to the regime. Groups of women are labelled by colour, such as Handmaids, described by Offred as ‘bundles of red cloth’, or Commanders’ wives, in blue. Handmaids are objectified – named only in terms of possession. ‘Of Fred’ becomes Offred – but she resists, refusing to give up her real name.
Closer home, we have the classic example from one of the greatest mythological epics in the world – Draupadi in The Mahabharata. Draupadi’s vastra-haran in the court in full view of everyone present is the worst violation of human rights imaginable; the sole voice of doubt is that of Vikarna who asks: “Are we truly conducting ourselves in accordance with Dharma?” But Karna snubs him at once. “All these men, do you think they know nothing?” Draupadi stands for no more than a ‘symbol’ of honour of the Pandavas; Her body is a blank page on which scripts of revenge and humiliation, the story of men fighting like a pack of dogs are written;

When she raises the question of whether a lady of the royal family deserves this treatment, Duryodhana says that she deserves this treatment precisely because she is a lady from the royal family. She has to be humiliated because she is the ‘woman’ of the enemy. Thus, she is denied all agency and individuality. Contemporary poet Suman Kesahri imagines what the original author denied Draupadi by stating what Draupadi would have said had the author given her a ‘voice.’ “Draupadi, Panchali, Krishna, Yajnaseni – all of these are adjectives, none of them is a noun. Did it ever strike you that I have no name? I had only raised some questions, I only had some queries. And you have taken away even my name!”