The mechanical chirping chimes on melodiously - a total contrast to the bedlam of the day ahead. I put my unsteady feet on the floor and as I go about the morning ablutions, try to sort the day out in my head –this pandemic induced chaos in my hitherto tranquil life.

There are days when fate is sweet to me and I can manage a quick run to the nearby hillock or even a short cycle ride with the husband. A little bit of Jog and Yog is a must - to keep the flab on a leash and the mind, not.

On other more burdened days, I have no other option but to embrace the confusion of the day head-on.

Morning Tea gulped, newspaper merely ruffled, comes the turn of waking up the kids, the seething mother’s flurry of threats gradually attaining a crescendo in the process!

'Get up, girls..it’s time for classes to start.'

'Com'n now... don't make me waste the rest of my energy in waking you up.'

'Now you're simply asking for it.'

By this time the pretending- to- sleep duo get it that further provocation of their treading the borderline- of- sanity mother is going to cost them peace and meals - atleast such as are edible - for the day.

They lazily get up, glaring at me, saying nothing and yet so much.

'Yeah, yeah, save it...not now girlies. Milk awaits on the table...gulp it down and settle down FAST.'

And we are on! While the elder one is on her own, I sit with the younger. And thus starts the life of the compelled-to-be 6 year old me for 4 hours.

From sending her 'Good morning' voice notes to explaining the lesson to helping her with the writing work to her activity videos....it continues for those long seemingly never-ending tortuous hours.

Patience loads of it...that's what I pray for these days. The other Ps of Peace and Prosperity have taken a backseat in my P for Prayers.

To add to the woes, sheer disaster pops up in the form of Live classes. In fact, by the end of it, I’m more dead than aLive.

The utter real confusion in these virtual classes does make me deeply appreciate the patience level of the teachers though. The kids have a helluva time, ‘muting’ and ‘unmuting’ themselves at will.

I take control of my kiddo, keep her ‘muted’…oh no no… impossible in real life..only ‘virtually’. I aspire to make some sense of what exactly is going on and end up exasperated. I even try to Lip read the teacher and the effort, I’m too sure, has added to the wrinkles on my brow.

At one point, I sneak out of the ‘classroom’, putting either the elder one or the father in charge while I get Breakfast ready.
However, more often than not, I return to double- the-confusion. Some wrong class work uploaded, some spelling mistake, appearing in live class with food crumbs on face…disasters galore due to the inefficiencies of the seniors in charge.

Fathers – don’t even get me started on that ultimate of all unorganized species. They believe they are Superhuman as well as ambidextrous, amusingly erroneous of course. With eyes fixed on that seductress of a screen on one hand, Captain Cool tries to sail through the class on the other and the ship along with crew, passenger n freight sinks in a sea of errors.

I return in between mouthfuls of hurriedly stuffed breakfast. I try and coordinate the chaos and somehow manage to keep heads above waters thereon!

However at the end of it all, one can’t help but feel fortunate that education is not stalled and most, unfortunately not all, kids are managing well enough even during such trying times.

But there are other things to be put in order as well like meals for the ever home and hungry and demanding trio.

Lunch, Dinner, Breakfast gets sorted in the mind the previous night itself while I wait to fall asleep. But sometimes the dreaded ‘out of menu’ request comes from my 6 year old or my 8 more decades older father. I often doubt if the other two in the family, the conniving father and the teenager, push their own ‘culinary agendas’ via these two gullible ones whose request I cannot seem to put down though.

Anyway, a quick bath and Puja done, lunch on the stove, later served and eaten, in no time I must add, and it’s time for some rest.

The age and toil induced creaking-bones are hardly rested when it’s already time for my online classes! So with the primary lessons still lurking in the corridors of my brain, I enter the virtual classrooms with my teenage students. Bereft of the confusion of the day, I sail in and out smoothly till late evening. Explanations, class work, home work, tests, oh you should see me wield my instructor’s baton with elan!

There were initial apprehensions related to conducting online classes. The Pandemic did pose as a challenge with regard to my Tutorial. I wasn’t exactly sure how it would work out though I had a rough plan etched out.

Well, it has been sailing more or less smoothly and occasionally I even learn a thing or two from the tech savvy ones.

Give me the rigours of my classes anytime over those at the kitchen. I’ll take the former bullet like gravity-defying Keanu Reeves in Matrix but household chores…well, I’m like Atkinson in Johnny English, accidental glory et al.

Did I hear you mutter ‘Lazy’??

Well, time again for food to be prepared, served and eaten. Dinner is comparatively simpler. I’m often intrigued though about the record time it takes to first cook, then set the table and later clear it all away. But merely minutes to gobble it all down! What does this imply?

I was foolish enough to blurt out these innocent thoughts one night while clearing the table.
Pat came a bitter reply from an equally bitter half.
‘That you give us too less to eat.’
Well the flying spatula had almost got him you see…just almost.

Eventually everything done, it’s time to indulge in the only luxury I can afford. “Sleep!” 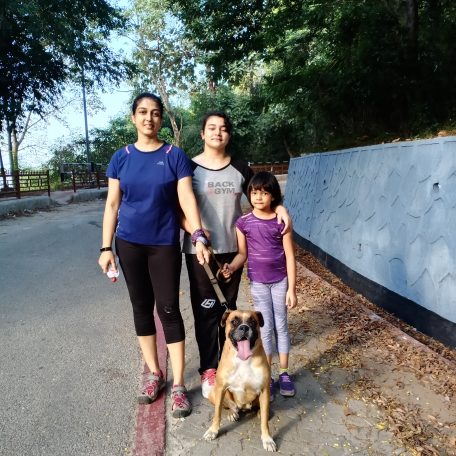 Now I hope you, my readers, are not assuming I’m a Super Mom who grows 10 arms in the mornings to be able to do it all with ease and even weave a funny narrative around it. Well, I might have exaggerated my own role. Just a bit though!

The days are rendered somewhat easy because of the help provided by an occasionally willing teenage daughter and an emotionally blackmailed, perpetually brooding in-the-name-of-work husband.
Eventually what matters is that we are on with life irrespective of falls and fails. And doing a pretty good job while at it!

Also the Pandemic brought my family together for unending hours. Laughing over a joke, cheating over Carrom and Ludo, sharing memories of better times, singing a song and getting appreciated or almost getting roughed up (as in my case), watching a movie together or unending episodes of CID, it has been the life I’ve always longed for. A life with my dearest ones around me!

Yes, there’s the constant scare of the virus and its mutant progeny. Add to that strained resources. But managing to survive is the aim right now and we are not giving up on that. After all it’s a fresh New Year and one has beautiful and innocent smiles to take care of!

So to all my readers living up to the challenge, hold on, this too shall pass. And to all the mothers out there, well, good luck with holding on to Sanity as well!! 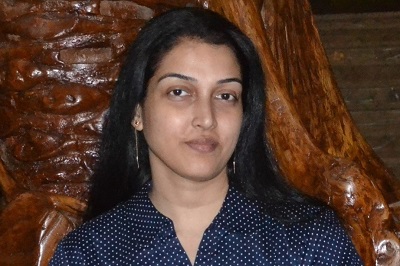 Sangeeta Bhattacharjee is an Educator, Media Professional, Sports & Adventure Enthusiast. Travelling is her Passion along with Writing. She is also associated with her Husband’s adventure tourism-based company Natventure (https://www.facebook.com/natventureindia/ , www.natventure.in )Guwahati. She believes making our Gen Next Nature-Smart is an absolute must in the present times besides raising health and fitness related awareness among women.