Into the Lives of the Children of Construction Workers 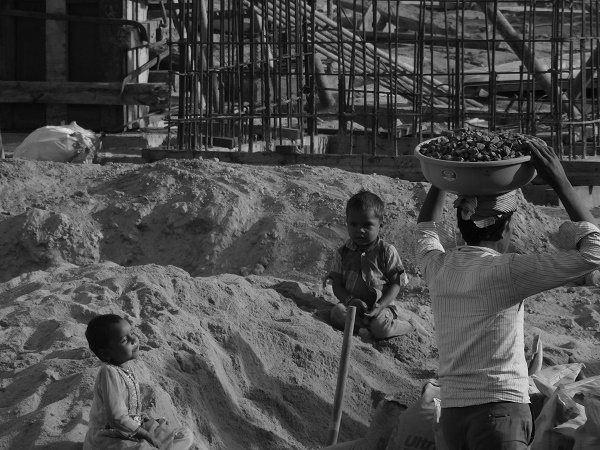 Children of Construction workers that's how it all started.

I had been observing the surroundings in my city — Vadodara — since a year now, but when the view outside my balcony began to change, and a beautiful garden accompanying a bungalow was demolished to erect buildings for tomorrow, I knew that would make my project. It was only when a few construction workers with their family came here to live in the shacks made for them at the construction site last monsoon that my storyline shifted to their children.

Children become the parent’s responsibility once they are born. Then as years pass it becomes the duty of a parent to provide for the child — an environment that compliments progressive development. But, despite all this hullabaloo of a child becoming the center, or the focal role in a family till it reaches adulthood, the awareness of the same hasn’t reached where it has to. Even if many NGOs and Government run organizations have come up with many campaigns and policies that concentrate on ‘children’s rights’.

The lower strata of our society still remains unaware of it. One such community of people would be the families of construction workers. This is such a group that moves in a huddle. Often a group of three to four families end up working for one contractor on the same site on contract basis, and it is often that under the same contractor that they change sites. This constant migration and their style of living is something that keeps their children from having and experiencing a complete life. What they experience is limited to their surrounding, and that becomes their life. They become simply the children of construction workers.

Thus, I left the rubble, and went for what was neglected in the business of erecting a new building, changing the title of my photo-story to BULLDOZED LIVES. 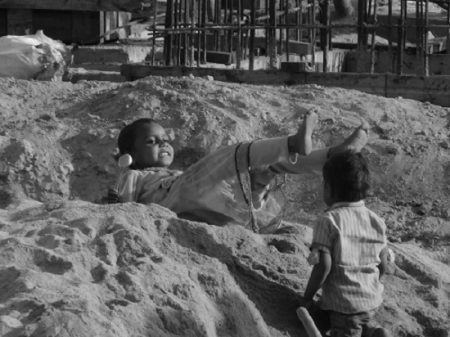 In November 2017 when I was done with my fifth semester examinations, I began to observe these children from my balcony and click pictures when I felt the moment was right and that it added to my story. For as days had passed since July, I had seen them play at the site, gleefully. I wondered if the idea of ‘home’ was anything at all that had been cultivated in their minds.

As months passed the digging had begun, foundations were laid at the site and cement mixers rolled in like noisy guests and it turned out that these children didn’t mind their presence at all. Perhaps their idea of home had always been the one that included these invaders. Rather, the truth be spoken, and what as a witness to my own sight I bore was perhaps that there didn’t exist any idea that represented ‘home’ to them. It is home where people unite to make a family, and the shack provided to these construction workers were nothing that would fit the idea of a home as they were on the site itself, the workers were never out of their roles of being ‘construction workers’.

It wasn’t just the males in the family who were involved in this activity, but the women too were a part of it. Both the parents were so occupied through out the day (and that they worked also on weekends) that the children were completely neglected, and their needs never tended too.

As these children were always playing in the periphery of the site through out the day it became apparent they weren’t enrolled into any of the government run schools. Even the fact that the parents of these children never remained at a place and were constantly migrating from site to site, it must have become impossible for them to send their children to school. This being one barrier, even wages acted as a barrier for them to live a decent life.
As they work on contract basis, they are provided with wages everyday, which according to a qualitative research range between Rs. 50(apprx $1) to Rs. 100($2) per day. With an amount this little on hand, they can barely contribute to fulfill their basic necessities, and when nothing is left on hand there doesn’t come a question of asking for anything more. So even if education was free for their children any expenditures related to it is not affordable.

Education to their parents is like it would be to any mind that has never attained it, only an additional expenditure. And without education there was no way they could reach for other opportunities, but follow their parents 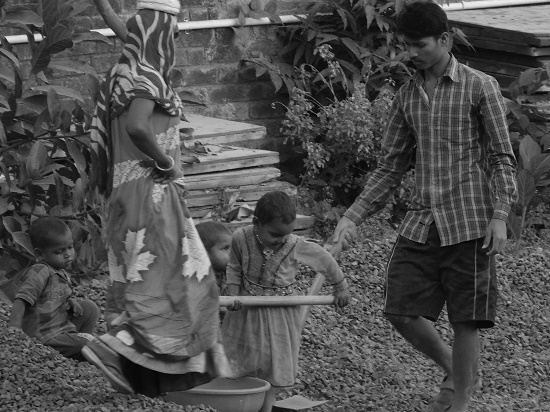 As most of the companies that hire these workers do not bear any cost towards injury incurred on site, even their children are not redeemed with the same. Unaware of all these, the children go about their life as if it was heaven. Their laughter would reverberate in my ears even when I was fast asleep.

When it came to clothing, I barely saw them exchange into new pairs of clothes, it didn’t go beyond two to three pairs between seven days, which they repeated to wear in the coming days even if torn.

As they were always playing at the site, they were always dust ridden, whether from pollution or just from the nature’s touch I couldn’t tell.
This February, two events occurred that reflected the dark nature of their lives. The first one was when the youngest from the group of children sat on the edge of a raised platform where the cement gunny-bags were placed, and kept on crying for hours and hours, and no one cared to look at him. 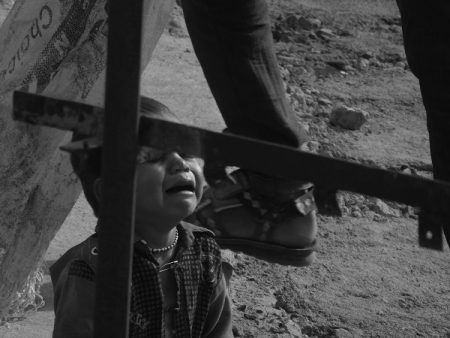 The father of the child even if he heard his son’s wails, kept himself busy in his work of unloading the bags from the truck. The second one was when the eldest girl stumbled over a big stone that blocked her foot while she was running. She fell and began to cry, and I was relived to see that she was tended to. 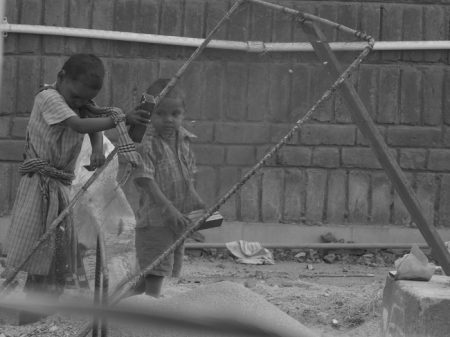 That became the concluding slide of my photo-story — that, she was ‘tended to’ — after watching which (and that, they had skipped the part between the middle and the last slide) an under-qualified Assistant Professor, along with another Professor had while discussing over my presentation argued referring it to be on ‘child labour’. Perhaps the idea of ‘what steals the headlines’ is so much worth the news that we have forgotten about things that could be more humane.

If not child labour then perhaps the majority of the people would call it close to nothing. Somewhere I believe that we need to change the way we think of what we think. To me every child who suffers, is a sufferer, we cannot say one suffers more and the other less. 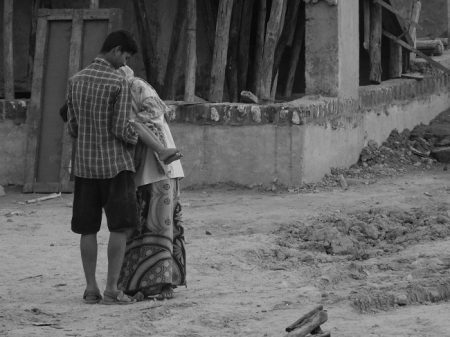 If a child who is a labourer suffers, so do the children of construction workers. The truth that they are children is what needs to be understood and addressed in order to give them fair access of their rights. 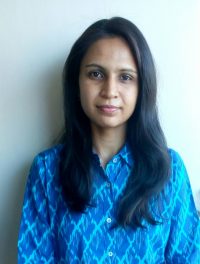 Shivangi Parmar has just finished her B.A. in Journalism and Mass Communication. She lives in the city of Vadodara, Gujarat. She loves to take long walks, and bear a peaceable ear to everything that goes on around her.