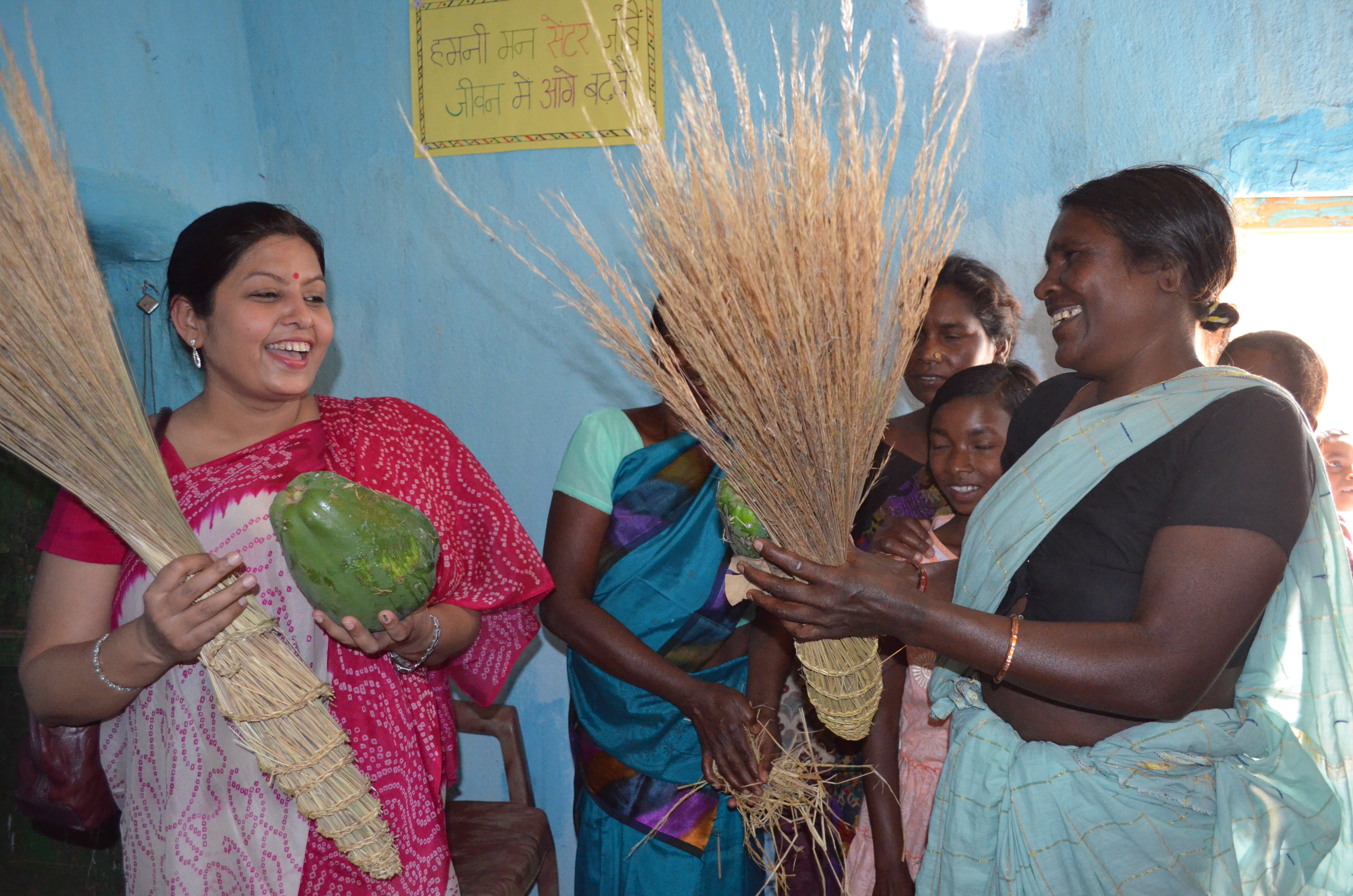 The eastern state of Jharkhand has many things to offer. While there are the obvious exquisite, traditional handicrafts – from baskets and metal artifacts to weaves – there is something else that this region is known for: it’s a hub for buying and selling girls. Trafficking is a roaring ‘trade’ here and it’s the unsuspecting girls and young women who fall prey. Just like five-year-old Sula did a few years back.

Sula was promised a paradise. She was playing outside her small hutment, when an elderly man walked up to her and told her he would take her to a big playground where she could enjoy with many children, all day long. And if she felt hungry she could always have sweets and candies to her heart’s content. The little one immediately agreed-but the place she was taken to was no paradise. Days later, she found herself in an unknown home in an unknown city where she was made to work from dawn to dusk and then the drunken husband of her employer started beating and sexually abusing her from time to time.

Sula was trafficked from right outside her home to New Delhi.

As such, girls are taken away on the promise of a better life. Some are lured with good clothes, food and toys, others are assured that their families would get some much-needed money. However, once they leave their village, they are sold to agents who may take them anywhere across the country – from Delhi to Chennai, Punjab to Goa. In some instances, the girls may be sold as “brides” in states with a skewed sex ratio or trafficked to the Middle East where they end up being enslaved as paperless, bonded labour. Still others become forced organ donors, surrogate mothers and sex slaves. Of course, wherever they are, for their families and community back home, they have simply disappeared without a trace.

Statistics reveal that there are over five lakh women and children trafficked every year in India and over 20,000 children are from East India alone. In 2013, the UN Office on Drugs and Crime flagged Jharkhand as one of the most vulnerable states in the country. According to Nobel Laureate Kailash Satyarthi’s Bachpan Bachao Andolan (BBA), of the 58 girls they managed to rescue from the Rangia Railway Station in Assam, 18 were from Jharkhand. One BBA activist, on the condition of anonymity, talks about the route that is often taken to transport the girls and women, “It stretches out from Jharkhand into Chhattisgarh or Odisha. From there, the agents literally play tag with the girls, taking them to various parts of the country, or the world. The agents are extremely well-connected with each other together; it’s like a cartel. Clearly, unless this nexus is broken, there won’t be much change.” 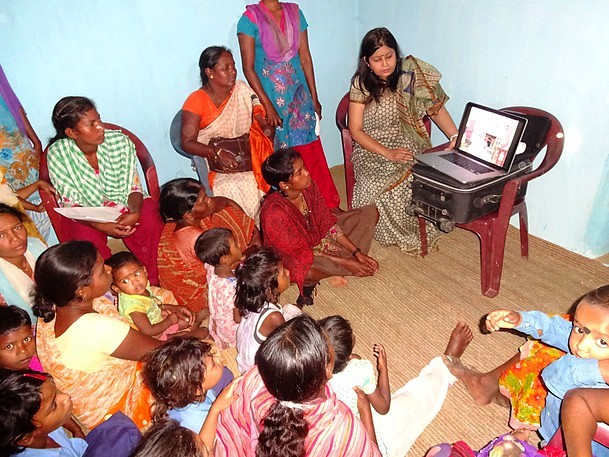 There is the Immoral Traffic (Prevention) Act, 1956, that prohibits trafficking with punishment that ranges from seven years to life imprisonment.
Then bonded and forced labour is punishable under the Bonded Labour Act, 1976,
The Child Labour Act, 1986, and also the Constitution of India. Additionally, Sections 366 (A) and 372 of the Indian Penal Code (IPC) specifically prohibit the kidnapping and selling of minors into prostitution, respectively, and direct the arrest of traffickers with a maximum of 10 years imprisonment and a fine.

So, what is it that continues to fuel this illegal ‘trade’? Activists peg the blame on ignorance and poverty. Indeed, they are convinced that the root of all trafficking is poverty and marginalisation. The tribal hinterland is filled with families for whom hunger and destitution have been a way of life for generations. They have no money, no prospects, no real access to education and gainful employment.

In some villages there are no teenagers left behind – they have either been trafficked or left in pursuit of greener pastures. The absolute neglect of the needs of these people has resulted in creating a social climate where tempting youngsters has become very easy. In some cases, greedy relatives, too, have a stake. “It’s not like the families are completely innocent. Selling girls to an agent brings in good money. There are many instances where we’ve come across uncles selling their nieces after either brainwashing the parents or enticing the girls. In those cases, the unsuspicious parents wonder what has happened,” shares Rashmi Tiwari, an activist who has been working to educate and empower tribal communities. 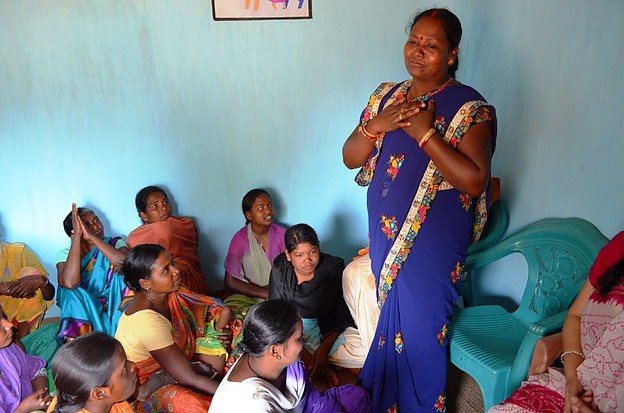 Creating awareness about trafficking is key to beating the crime

Typically, the price paid for a girl ranges between Rs 1 lakh to Rs 4 lakh. Occasionally, it can go up to around Rs 8 lakhs. The majority is sent to work as domestic help and they are nearly always sexually abused or raped by the employees of the placement agencies or their employers. The women are then forced to have the baby, which is sold to childless couples. The agency owners are known to hold auctions for the unborn foetuses.

But all is not lost just yet. Fortunately, today for every Sula, who falls into the trap of traffickers, there is also an Anjali, from Chatakpur village in the Naxal affected region of the state, who is working with Tiwari’s Aahan Tribal Development Foundation, mentoring tribal girls to study and beat the very poverty that makes them weak and powerless. Elaborates Tiwari, “When we started working in the tribal pockets, the villagers thought that we were members of some trafficking syndicate that was luring their girls with ‘samosas’ and ‘gulab jamuns’! The food, which is anyway scarce around these parts, used to be a major incentive for the children to attend our meetings. Therefore, wary parents would invariably come in with their daughters. This helped me tremendously because as they had the ‘samosas’ they had no option other than to listen to what I had to say on the dangers of trafficking again and again. Winning their trust – that I just wanted their well-being – was very difficult during the initial days. Having been cheated out of their rightful government entitlements time-and-again has made tribal people quite suspicious of those outside of their community. Nonetheless, I kept going back to them with food, a few books and stationery items for the girls, and anti-trafficking videos till they became comfortable with me and convinced of my good intensions.”

Anjali is one of the many girls in Chatakpur who have got a sense purpose after connecting with Aahan’s Project Maiyan. Though her mother, a small-time farmer, works day and night to feed the family, her father is an alcoholic suffering from a mental illness.

Whereas earlier, a girl like Anjali would have had only a few options at hand to earn a meagre living – be it cutting and selling wood or taking on household duties so that her mother could engage in paid work or preparing for a government job that in all likelihood would have been out-of-bounds for her given the lack of education and resources – nowadays she is running the first Empowerment Centre for Tribal Girls set up by Aahan. The centre is a place where girls can learn life and vocational skills, have access to resources like books and develop competencies to become employable in a respectable profession. Meanwhile, Anjali has been trained to conduct the centre’s activities, interact with girls and create awareness about trafficking. At the same time, as her self confidence has grown she doesn’t bat an eyelid before approaching her village panchayat for help or information and frequently sits in on meetings of the women Self Help Groups (SHGs) in her village.
“I have escaped being trafficked, which used to be the fate of most girls here. I am eager to make the most of this opportunity I have to be a change agent that can transform the future of her community,” she concludes.

Kirthi Jayakumar is a lawyer, activist and writer based in Chennai. She has worked extensively with grassroots organizations and runs the Red Elephant Foundation, an initiative for women’s rights. She also runs a journal and consultancy that focuses on International Law, called A38.