Here’s To Unstereotyping the world- who’s better at STEM ? 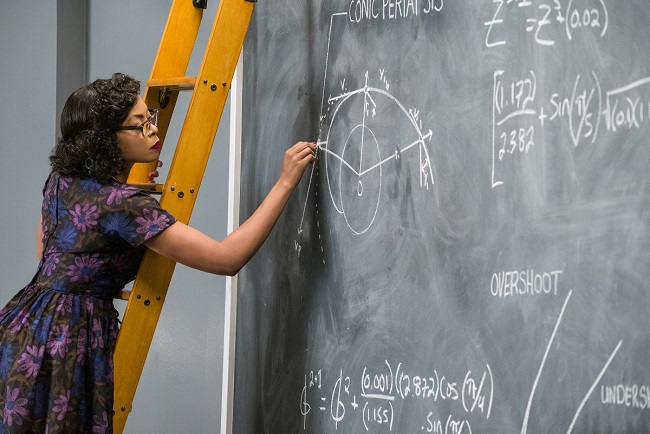 A still from ‘Hidden Figures’

What makes a young girl believe she is less intelligent and capable than a boy? And what happens when those children face the ‘hard’ subjects such as science, technology, engineering and mathematics (STEM)? A recent study, ‘Gender stereotypes about intellectual ability emerge early and influence children’s interests’ has shown that by the age of six, girls were already less likely than boys to describe their own gender as ‘brilliant’, and less likely to join an activity labelled for ‘very, very smart’ kids.

Research tells us repeatedly that girls and boys are strongly influenced in the development of their thinking and sense of themselves by narratives and stereotypes that start to be learnt at home and continue at school and through life, reinforced by the images and the roles they see in advertising, in films, books and news stories.

So, how do we change this, and what should girls learn now that sets them up to thrive in a transformed labour market of the future? The answer is not simply more and better STEM subject teaching. They must also learn that girls have an equal place in that future. This isn’t a given. A major and underestimated obstacle for girls in STEM is the stereotype that has been created and perpetuated that boys are better at these subjects and careers.

Not only do we have to ensure that children enter and stay in education, we must equally pay close attention to what they are learning. The changing future of jobs means that fields of study for children in school these days should include equipping them for ‘new collar’ jobs in the Fourth Industrial Revolution. Jobs that do not exist today may be common within the next 20 years, in the green economy, or areas like robotics, artificial intelligence, biotechnology and genomics. 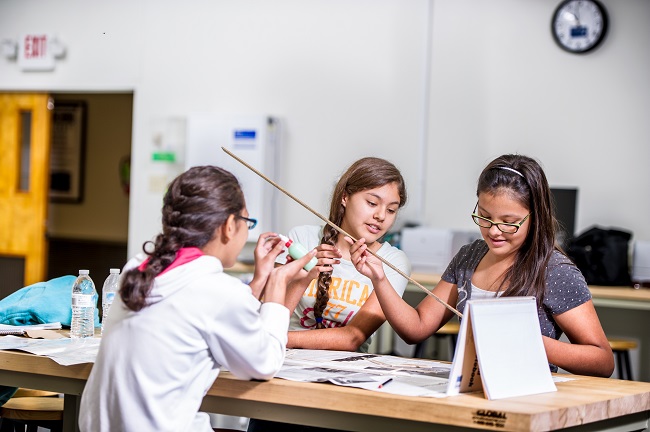 The media plays a powerful role in dealing with biases, be it using its powers to reinforce negative perceptions and norms or set the record straight and create new role models. ‘Hidden Figures’, Margot Lee Shetterly’s book, which tells the ‘untold story of the black women mathematicians who helped win the space race’ has been released as a film recently and it brings recognition to those who were doubly invisible at NASA — as women and as black women. Making accomplished women scientists visible is important for the accuracy of news and of history. It is also an essential part of building further scientific success.

Census data in the United States shows that women comprise 39 per cent of chemists and material scientists, and 28 per cent of environmental scientists and geoscientists. These are not the equal proportions that we ultimately want—but they are far higher levels of success in science than fiction tells us. Alarmingly, blockbuster movies, too, have tended to significantly under-represent the facts. A 2015 global study supported by UN Women showed that of the onscreen characters with an identifiable STEM job only 12 per cent were women. This tells us that women are still hidden figures in science—and it has a chilling effect on girls’ ambitions.

According to a 2016 Girl-guiding survey, fewer than one-in-ten girls aged 7 to 10 in the UK said they would choose a career as an engineer or scientist. Clearly, un-learning this bias and changing the stereotypes is not a simple matter, yet it’s essential if we are to see boys and girls able to compete on a more equal footing for the jobs of the future. This goes hand in hand with the practical programmes that teach immediately relevant skills.

UN Women is working with partners around the world to close the gender digital gap. For example, in Moldova, GirlsGoIT teaches girls digital, IT and entrepreneurial skills and specifically promotes positive role models through video; similarly in Kenya and South Africa, 20 Mozilla Clubs for women and girls teach basic coding and digital literacy skills in safe spaces.

We need to deliberately and urgently un-stereotype the ecosystems in which children play, learn and grow up. Across the world, in schools, at home, in the work place and through the stories we tell—we all need to reflect and enable a world where girls can thrive in science, so that their success becomes as probable as they are capable.

The author is a contributor at Women's Feature Service