Through A Glass Darkly: A look behind “The Greatest Show on Earth.” 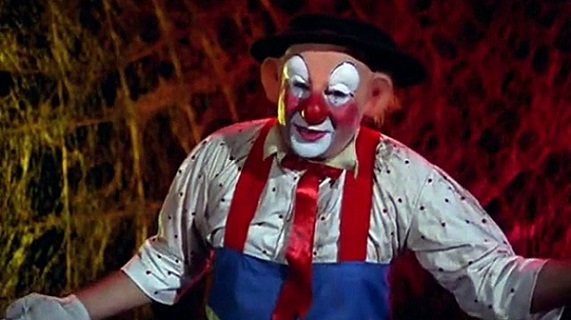 "We bring you the circus — that Pied Piper whose magic tunes lead children of all ages into a tinselled and spun-candied world of reckless beauty and mounting laughter; whirling thrills; of rhythm, excitement and grace; of daring, enflaring and dance; of high-stepping horses and high-flying stars.”

Cecil B. DeMille – narrator and director to his 1952 Oscar-winning film, The Greatest Show on Earth – managed to capture the very essence of the enduring enigma that is the circus in the opening remarks to his masterful tribute to the showmanship and spirit of the numerous men and women who work tirelessly to sustain the phantasmagoric illusion of this entertainment industry.

The “traditional” format of the circus industry has had a rich and varied history of about 150 years whereby a ringmaster conducts several sets of acts choreographed to popular music. This structure had its inception in the latter part of the 19th century and came to be associated with the universal image of the circus till about as late as the 1970s. Nowadays, contemporary circus focuses on acts based solely on human skills .e.g. the nouveau cirque shows conducted by the Cirque du Soleil in Quebec.

The history of the circus in Bengal laid down its roots with Nabagopal Mitra’s National Circus way back in 1883, which was, in essence, purely a product of Mitra’s “Swadeshi” sentiment. It is relevant here to note that it was during this period – more or less from about 1867 – that foreign circus companies started coming to town with their state of the art equipment and highly skilled artists. 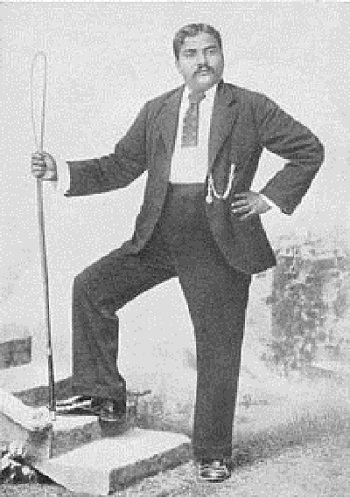 Mitra was predominantly inspired by them to found a circus organisation of his own. This, establishes that the nature of the circus in Bengal as purely a borrowed form of art. Indeed, Debashish Bose – editor to Priyanath Bose’s Professor Boser Apurba Bhraman-Brittanta (1902) – writes that Abanindranath Tagore who was one of the first guests to be invited to Mitra’s show had been quite mortified by the sight of Mitra’s daughter dressed in stretchy circus costume and standing on an emaciated horse trying to emulate the famous “horse-and-girl” acts of the foreign circuses. Jyotirindra nath Tagore, however, had commended Mitra’s efforts in doing something truly groundbreaking from within the negligible means of indigenous resources – thus, truly appropriating and adopting a foreign art form as one’s own. 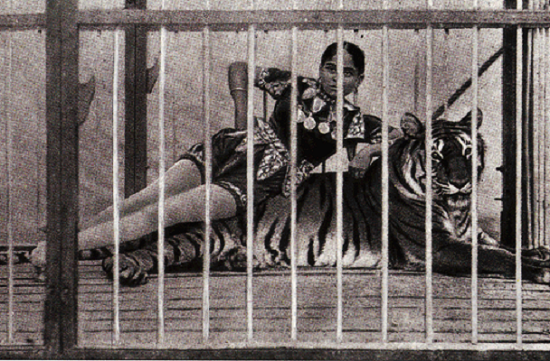 Sushila Sundari, star at Priyanath's circus reclines on a tiger

Mitra and a few other stalwarts had tepid success in capturing popular enthusiasm with regard to their indigenous acts and performers and due to limited sponsorship they soon had to go out of business. Of course, the one person who single handedly raised the status of Bengali, Kolkata-based circus to almost world-class level is Priyanath Bose whose The Great Bengal Circus (formally founded in 1887) achieved international success throughout India and Southeast Asia while boasting an enviable roster of indigenous talent as well as foreign expertise. This tradition of travelling around with a multi-ethnic cast and crew has been maintained till the present day as can be seen by the shows put up by the more popular current circus companies viz. Ajanta Circus, Olympic Circus, The Russian Empire Circus etc. 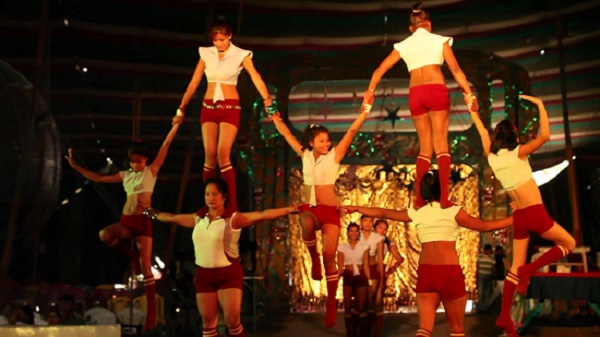 Last year, during the “circus season” in Kolkata, I decided to conduct interviews of the proprietors of two of the thriving circus companies of the day so as to get a better understanding of how these mechanized armies on wheels function despite such distinctly postcolonial diversity. 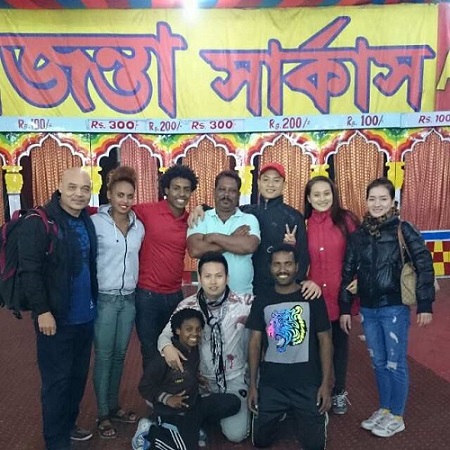 My first interviewee was Vicky Sen – the proprietor of the company that is currently at the top of the food chain – Ajanta Circus (there are 5 prominent ones –Ajanta Circus, Olympic Circus, Famous Circus, TheRussian Empire Circus and Kohinoor Circus). He was also the son of their founder and with my month-long intermittent contact with him prior to the interview, I had already deduced that he is young, extremely ambitious and bears a fighting spirit. My initial impression was only confirmed when I heard him talk about his business. He disregarded any discussion about the perceived irrelevance of the circus medium. Yes, he was sad about the 2001 ban of the animal-acts in circuses – the animals included were tigers, leopards, monkeys, lions and bears – following the 1960 Wildlife Protection Act passed by the Supreme Court, but, he didn’t seem to be particularly torn up about it. In fact, he was confident in his ability to turn the tide around, had a remarkably liberal, cosmopolitan worldview, and spoke with obvious pride about the flourishing, thriving condition of Ajanta Circus. 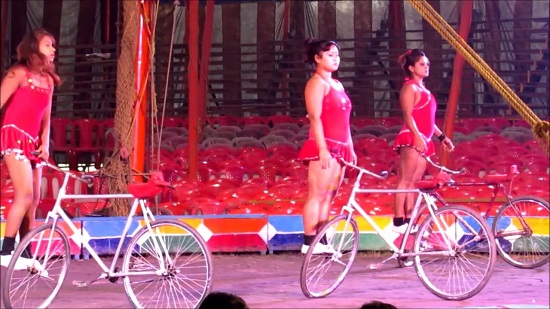 The second interview was with the proprietor of another major circus in town– Olympic Circus. Being the oldest circus in town, Olympic Circus used to be the top dog before Ajanta Circus stole its thunder. Shyamsundar Banerjee – the proprietor of the circus and the old master of Dakshineshwar’s “Circus Bari” turned out to be the polar opposite of Vicky Sen in terms of personality. He was older, less hopeful and even borderline resentful about the present condition of the circus industry in India. Instead of sidestepping the question of the ban on animals like most would expect the so called “circus-folks” to do, he tackled the issue head on and seemed quite vocal about his dislike for Maneka Gandhi and her social activism. When questioned about the need to adapt in order to help the circus industry overcome its current obstacles, he seemed resigned to the slow and steady decline of his company.

I finished my tryst with the circus, by watching an Ajanta Circus show. What I found interesting is that now that the circus focuses almost solely on human performers, the show has become a more mature form of entertainment. Previously, the animals excited and captivated the children while the adults looked on with fond, mild amusement. Now, with the incursion of foreign artistes and increasingly innovative acts that push the limits of human expertise, the circus has become an admired medium even for the adult audience. It was almost like watching a show on Broadway with its energy, precision, co-ordination and an uninhibited celebration of human sweat and self-expression. What was also notable is that while watching the show, my mother reverted back to her childhood, forgetting all the troubles of a long suffering school teacher. It is this compelling, transformative power of the circus which still resonates with people and makes it survive in spite of irreparable loss and an infamous social reputation. 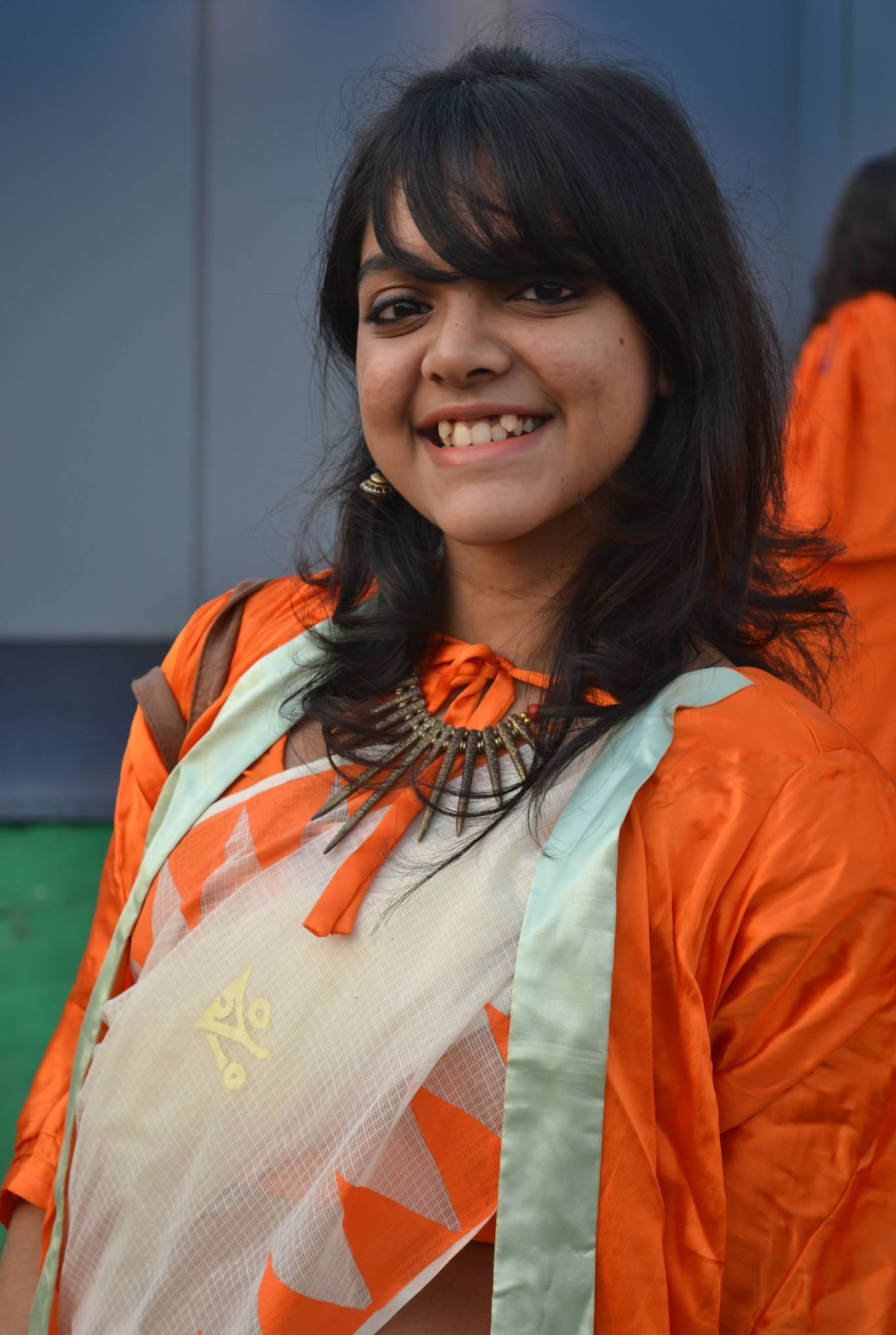 Mayurakshi completed her Masters in English from Jadavpur University, Kolkata in 2015 after receiving her Bachelor’s degree from the same institution. She has been extensively involved in the study and practice of theatre and performance since 2011. She received the British Council Scotland Scholarship which facilitated her participation in the Theatre and Performance course conducted by the Scottish Universities’ International Summer School in 2015. She loves to write about art, theatre and culture, and reads an unhealthy amount of fanfiction. She intends to pursue research on women playwrights and practitioners in India. Mayurakshi resides in Kolkata, India.

Comment: Excellent, intensively researched article by a very young writer. Keep it up Mayurakshi. There is a dearth of research-oriented journalists in India today