These girls traded Barbie for Bats

Sakeena with her team

A hot, sunny day and a small group of girls are running and sweating it out in the playground. Dressed in tracksuits, hair neatly tied they are all wearing earphones to drown the continuous teasing and comments from curious and insolent onlookers. They are all young, under 25 years, fearless and ambitious to make a name for themselves – as cricketers!

This is a local girls’ cricket team, which under the leadership of coach and trainer Sakeena Akhtar, is not just breaking stereotypes in Kashmir and showing that no dream is too big for the Valley girls. Although most of them are realistic about their prospects for now, are just glad to be able to play outdoors. But do hope to play the game professionally.

Their coach and mentor, Akhtar, has spent many years fighting the system and the conservative society to bring sports to girls.

As Akhtar walks to the playground, she calls out: “How many rounds have you done so far?” “A few more are needed to get them warmed up before starting with the practice,” she remarks. Akhtar is meticulous and dedicated, qualities that initially helped her hone her skills as a player and are now enabling her to train a remarkable set of prospective female cricketers, who may fulfil her abandoned dream.

Since she was a little girl, Akhtar knew she was different, unlike most girls who loved playing with their Barbie dolls, she was always looking for ways to go out and play cricket. She loved running, catching and hitting the ball out of the park. “I started playing at a very early age. But my journey as a cricketer was a tough one simply because there is not much social acceptance for girls who want to pursue sports. I had to stand up to resistance from within the family and the community. I played with boys and it was never okay to do that. But what could I do; girls were not interested in playing,” she says.

Akhtar doesn’t regret her decision to stick to her stand. “It’s traditionally a men’s game so I knew there were bound to be challenges. And anyway everything for girls in Kashmir is difficult. One just needs to have a strong will to overcome the hurdles”. 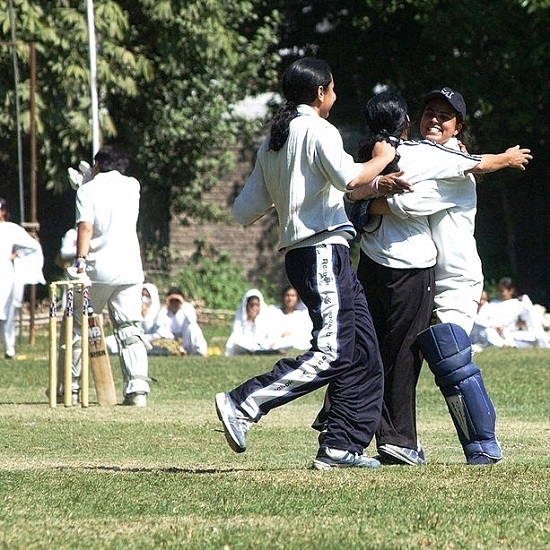 It’s largely thanks to this positive attitude that Akhtar was able to graduate from playing gully cricket to making her presence felt at the university level and later at the inter-zonal games played in the run up to Rani Jhansi Trophy. She could have easily made a bid for playing in the big leagues but it was impossible to carry on. With all the disapprovals and everyday reprimands at home, she gave in eventually. “I couldn’t play for the country because I was unable to stand up to family pressures. I left the game at a time I was to performing at my full potential as a player,” rues Akhtar.

Akhtar didn’t stay away from the game for too long. On the advice of an acquaintance she made up her mind to pursue a coaching diploma from the National Institute of Sports once she finished her graduation.

“This was one way in which I knew I could stay in touch with cricket. I wanted to share my skills and techniques with the younger generation. Coaching presented the perfect platform to pass on my expertise of the game,” says the first-ever qualified woman cricket coach in Kashmir.

Today, as a cricket coach at Kashmir University for the last eight years, Akhtar has guided numerous prospective players coming from different parts of the state. “We have girls coming in from far flung areas. Last year, we had a girl from Pahalgam , who is now playing for Punjab,” she informs. Another former student of Akhtar’s has been representing Punjab for the last three years.

Although things are changing and people are accepting of girls taking to sports, Akhtar believes that more efforts need to be made by providing them with better infrastructure, coaching and more match practice. “There has to be more funding for the game at the state level. There are no proper coaching camps for girls and while there are local tournaments for the boys there are none for the girls. If they don’t get to play, how can they develop a match temperament? Just regular practice can’t teach them all that they need to know to be ready for the nationals; they have to play with different teams and come up against all odds to learn the tricks of the trade. Unfortunately, our girls don’t get much exposure at the local level and then they are directly promoted to the national level. That is the primary reason for their failure there,” she points out.

Even though she is closely watching over her girls, there are a number of boys who stop by to pass derogatory remarks. “See the environment we work in. Even in the university, people keep staring while we practice. I tolerate a lot, but these young girls would get demoralised.” 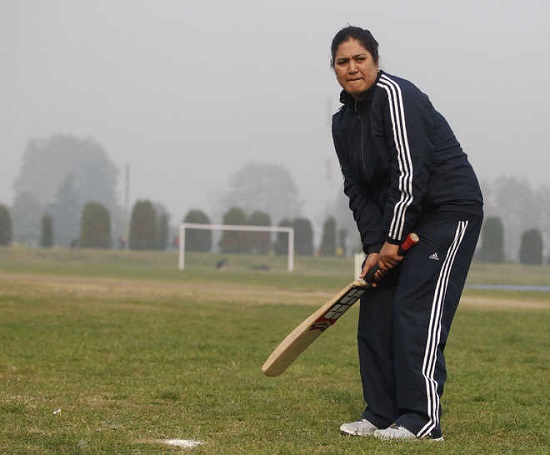 For now – she is coaching around 10 girls. Asra Shafi, 23, is a spirited player who hopes to play at the national level. “I wish to represent my state and I will work hard to get there,” says a determined Shafi.

Shafi had started playing when she was in school and her passion has only grown. These days, as a mark of the changing times, many private schools have introduced sports as a compulsory activity for girls. Arif Hussain, whose both daughters are in the school cricket team, is slowly getting comfortable with the idea of girls taking to cricket. And yet, they are not ready to see this as a viable career option. Speaking for his lot, Hussain says, “I don’t see sports as a good career choice for girls. What will it pay them in the future? There is no scope in cricket, especially for the girls in the Valley. At least not for now.”

Hussain is referring to the reality today, but if Akhtar and her feisty students have their way then the future will definitely be very different. Howzat for hope!

Baseera Rafiqi is a freelance reporter based in Kashmir. She has been writing since 2012 for various local, national and international portals with a special focus on women, development, health and the environment