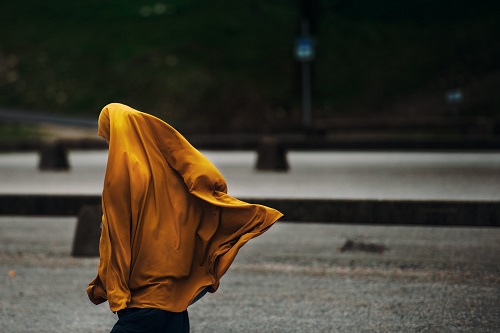 Growing up in a conservative Indian home it is easy to be conditioned to believe that one’s attire holds the burden of their dignity. The importance given to covering the body turns into a patriarchal form of suppression rather than an identity driven form of expression. The control families have over their daughters make the homes hostile, the choices controlled and power given to What will people say?

The weight of these four words is sometimes deemed heavier than the person’s existence itself.

Reason: Man is a social being and relies on his peers for love and belonging. The fulfillment of this need is crucial according to Maslow’s hierarchy of needs as it leads to self-actualization. While having the big pro of reaching your full potential by self-actualization, the con of it is perhaps creating a monster in the name of society and letting it feed on us through traditions. This ‘tradition’ more often than not have no logic behind its existence but superstitious belief and the strong hand of society perpetuating it.

Millennials of the 21st century still roll their eyes in disgust when they hear myths such as, ‘Don’t comb your hair in a certain direction as that would lead to you finding an ‘old’ husband’, or ‘If you stand under a Banyan tree with your head uncovered, you would be haunted by the tree’s spirit.’ Because the dryad would enjoy nothing more than to reinforce the ideology of covering one’s heads because it’s the right thing to do.

These notions of a ‘covered girl’ being a ‘nice girl’ have lived for so many years that ending them now seems impossible. On one hand fighting this notion has brought out a repulsive perspective of things. The covered girl in a Burqa is presumed to be an oppressed-broken woman, whilst the girl in a summer dress is presumed to be asking for it. Where does the stigma around a woman’s choice of apparel end?

Blaming the society as a whole is to say the least is generalizing. But while finding these terrorizers what is truly worrying are the studies that support that women subdue their own gender more than anyone else. Belonging to the same gender, perhaps the difference in upbringing and the sexist harassment of their own formative years has traumatized them enough to turn a blind eye against other young girls and even add on their existing problems.

‘We are Yuvaa’, a YouTube channel, uploaded a video which is an open letter in spoken word poetry form called Dear Aunty. The video although inspired from the recently viral video of a Delhi woman condemning a girl to be raped for the length of her dress, was more a message for the general biased society that slut-shames a girl for her choice of apparel. Because the problem can only be solved by addressing the classically conditioned notions of a few and helping them understand the bane of womanhood by educating them about the freedom and power woman of today can access.

On the other hand, a much overlooked social plague is the expectations from women in Hijab. They fight a psychological war with their peers of ticking the boxes of being a ‘modern woman’ at the same time blamed for accepting and propagating years of religious oppression. As the generation today is trying to fight its predecessors measurement of virtue to that of their how short their skirt is, another perception to wage war against is ‘The longer the burqa, smaller the feminist’.

Showing your skin and being comfortable in it is beautiful, so is covering your head and being comfortable with your faith. Being a ‘modern woman’ has a subjective definition. And as long as we are breaking preconceived notions of expectations from a noble woman it is also time to fight the stereotypes or judgments passed on a hijabi girl. She is a part of the lady squad and can choose to wear or not wear her hijab as it is a part of her expression of faith.

Exempting her from any feminist or progressive alliances is reinforcing the regressive opinions she is fighting against. Freedom of choice is her fundamental right too and she is the protagonist of her own story. Deeming her to be an extremist like the ignorant few of her community is the failure of logic and reasoning.

Rashida Islam, Muslims for Choice Founder, fights for women’s right to make a choice in her life and is working actively towards it. She writes in the Abortions rights blog, “When I tell people that I founded Muslims for Choice and that I am part of the Abortion Rights campaign I am met with a lot of surprise and incredulity. Lots of people ask how I reconcile being Muslim and being pro-choice.”

Mahdia Lynn, a Shia transgender is one of many who felt unaccepted and decided to create a space which would accept her and her faith together. She established Masjid-al-Rabia which is a women-centered LGBTQ+ all sect inclusive mosque in Chicago.

Hijab, burqa, niqab, thawb are all but apparel choice made by individuals. It is not a definition of who they are or an opening for jokes or snide comments. Wearing a niqab is not asking to be stereotyped or judged, it is not asking for it. These individuals are just exercising their rights and making it through the day one task at a time, much like others. They yearn validation, human connections and purpose, much like others. Inclusion is key, being scared of them or rejecting their choices is phobic and oppressive.

However, overcoming these fears and accepting that the differences we have is what makes the worlds so unique would birth a generation of togetherness.

Triumph in this mission of expression would omit missing out on glamorous performances like that of the costume changes of the flamboyant Lady Gaga on the red carpet at the Met Gala or athletes like Ibtihaj Muhammad who won the US a bronze medal in fencing in the 2016 Olympics. Leading to a generation of women who are so comfortable with who they are un-tethered to what they wear. 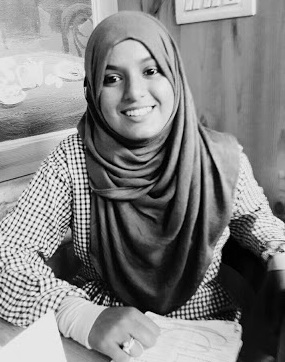 Sabah Batul is a journalism student currently living in Bangalore. Her journey as a writer began in her English class as she was forced to write an essay. Soon she fell in love with writing and deeply enjoyed birthing characters and stories through the tip of her pen. Sabah also enjoys writing poetry to make sense of the chaos around her. Her Instagram @sabah_on_paper is a raw description of her deepest thoughts. Apart from writing she is a proud Potter head, who claims to be the lost Winchester sister and is also supporting Tyrion Lannister to sit on the Iron Throne next.