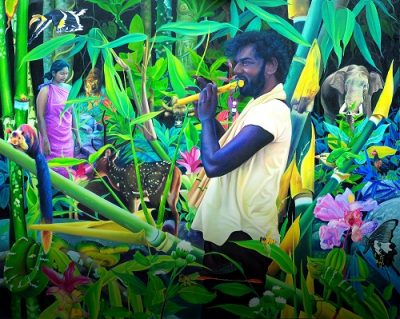 Discovering India, as the name suggests, is an unfolding of talent from the diaspora which are Indian in origin but have found roots away from India. In other words, the noted curator Uma da’ Cunha defines them as “ not indigenously Indian” which throws up for the cine-loving audience, a rainbow-hued prism of perspectives of Indians who do not fall strictly within the geographical orbit called “India.” They are ‘outsider’-insiders in a manner of speaking and their points of view may or may not be the same as an Indian-born-and-bred Indian. These films reach beyond the diaspora because they speak in a universal cinema language understood by all.

Says da Cunha, “Discovering India is a section I curate. It is one that in many ways that does India proud. In the past, the India connection in foreign films meant the bumbling, comic Indian making his way abroad (in the way of the British comedian Peter Sellers). But the India link is no longer one of naiveté and caricature.”

The Mumbai Academy of Moving Images (MAMI) is now called Jio MAMI. This year, the festival will have a range of world-cinema titles, Indie films along with workshops, and associated programmes that go with every film festival.

Says curator Uma da Cunha, “Every year this section mirrors a different take on India. Some of the films in the selection are made by filmmakers of Indian original whose films recall their homeland. 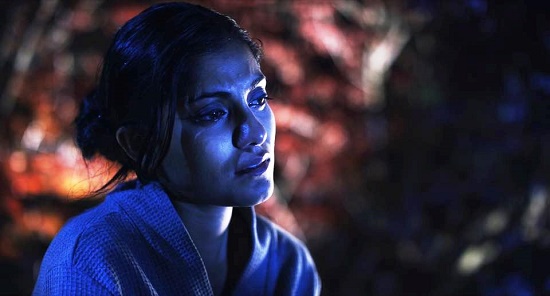 Others are international filmmakers drawn to India’s culture, landscape, literature and lore. Then there are films that demonstrate the increasing interchange of India’s powerful acting and other cinematic talent in major international films.” Kundan Shah’s cult film Jaane Bhi Do Yaaron plays as a part of the Tribute to Om Puri section.

Discovering India will present a mix of films from the South Asian diaspora. Among them are Shalom Bollywood: The Untold Story of Indian Cinema by Australian documentary filmmaker Danny Ben-Moshe (about the early Jewish actors in Indian cinema). The film reintroduces us to some of India’s great Jewish actors, like Sulochana, the superstar of the silent film era; Pramila, the first Miss India; the unforgettable Nadira; and Bollywood’s favourite uncle, David.

Using archival footage, interviews, storyboards and re-enactments, old stories and lives are revived. Victor’s History by Nicholas Chevailier (about a family legacy and the narratives of privilege and past uncovered through the making of a film).

Other films in this section are Prakasan, The Valley and What Will People Say. This film is about a first-generation Norwegian teen who clashes with the traditional values and expectations of her Pakistani émigré parents in this coming-of-age drama It is a moving drama about the complex relationship between a father and daughter.
It is the story of a young girl who must find her own way in life. In the lead, 18 year old Maria Mozhdah makes her impressive acting debut. Her father is played by Adil Hussain, who has previously acted in a long line of Indian and international films.

Director-writer Iram Haq probes the problems of a character caught between cultures, while the nuanced screenplay once again draws on her own harrowing life experience. The Valley, directed by Saila Kairat of USA, tells the story of an Indian American entrepreneur Neal Kumar and his family who lives in silicon valley. Though his affluence looks almost Utopian, his family falls apart when his daughter Maya commits suicide and the fractured nature of his interior life is revealed.

The opening film in the Indian section is Mukkabaaz directed by Anurag Kashyap for the Indian section. The film had its world premiere at the Toronto International Film Festival this year and will repeat the honour at Jio Mami. It is about a lower-caste boxer struggling to make his mark on the boxing world.

The film is set in Uttar Pradesh’s Bareilly. It is inspired by a true story in which Vineet Singh plays Shravan Singh, a boxer who wants to take on opponents in the boxing ring but is forced to spar with a powerful and avenging coach that also extends to sports officials who do not care, indifferent bosses made worse with the situation at home where his hostile father constantly pokes him for his choice of career. Within the central theme of this young man trying to become a boxer against all odds, the script weaves in socially relevant statements such as casteism, oppression of women, attitudes towards the disabled, the crippling sports bureaucracy and, yes, gau rakshaks.

Among these is Shlok Sharma’s Zoo, co-produced by Kashyap and Vikramaditya Motwane, is the first-ever Indian feature film to be shot completely on a cell phone. Zoo stars Shweta Tripathi and Shashank Arora in the lead roles. It revolves around contemporary young people confining themselves within metaphorical cages, such as drugs.

Rima Das’ Village Rockstars is a children’s film from a director who has learnt filmmaking all by herself, without the aid of any formal education.
It is about ten year-old Dhunu lives in a remote village in Assam. The poverty and morality of the world around her does not curtail Dhunu’s spirit or her dreams. Dhunu and the gang of local boys, her friends decide to form a rock band. Even while disillusionment is always knocking on their doors, Dhunu refuses to give up, she dreams of owning an electric guitar and making music

Devashish Makhija’s Ajji is a dark retelling of the fairy tale The Little Red Riding Hood and revolves around a nine year old victim of atrocities and her 65 year old grandmother who seeks the girl’s revenge.
In The Shadows directed by Dipesh Jain is abou Khudoos, a lonely man who obsessively watches people through is hidden camera. He begins to search for a boy he hears being beaten up through the walls of his home. The obsession to find the boy overwhelms this man who finally breaks the wall.

Bash Mohammad’s Prakasam interweaves a tale of Nature, love and separation that takes the audience on a journey through two distinct landscapes and mindscapes. Prakasam is a tribal youth who lives a carefree life in the luscious hills of a fictional place called Chamakudy, Kerala. He lives with his mother and sister and dreams of a government job that actually comes true.

There is also a RS Large Short Film that includes Anukul by Sujoy Ghosh based on a story by Satyajit Ray and Neeraj Ghaywan’s Juice that is set around a dinner, an unique story about a housewife’s single act of rebellion.

Royal Stag Barrel Select Large Short Films will premiere four powerful short films by acclaimed Bollywood directors at the festival this year. Chaitanya Tamhane and Tisca Chopra are the other filmmakers and all of them are known for delivering original content and stand for “Perfection” that is the theme for the Large Short Film Section.