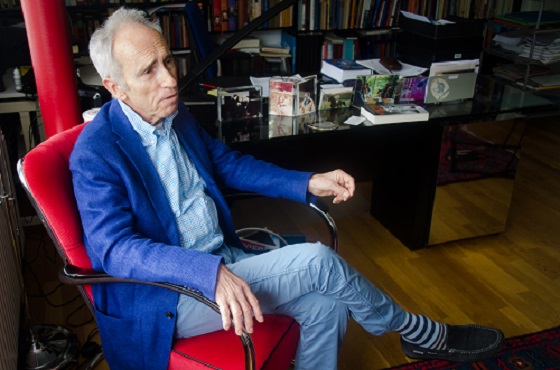 Coos Huijsen at home in Amsterdam

As LGBTQ+ Pride events start to take place all over the world this summer, queer communities everywhere reflect on whether the superficiality of the support given by allies is helpful to societal progression at all.

Coos Huijsen wrote Homo Politicus, an autobiography also detailing the history of the Dutch LGBT social movement. Being a historian as well as the first parliamentarian in the world to openly come out as gay, he sat down with us to discuss his life as a homosexual man in the Dutch parliament and the level of acceptance seen now, in modern society.

Although he grew up in a very conservative region during the Second World War, the virtues he held closest to himself were those imbued by his orthodox grandmother of common sense, rationality, and pragmatism.

Venturing into the world of politics, he was often described as “crown prince” of his protestant Christian Democratic party in the media. Seen as the progressive of his party, his political colleagues accepted his views but were unaware of Huijsen’s homosexuality. During his time in the Christian Democratic party there was much speculation around his sexuality by the more conservative members. This resulted in Huijsen leaving his party and coming back in parliament in 1976 as an independent member as well as openly gay.

This sparked much discussion around the world in both political and educational circles, and although it was mostly unaccepted by the public, many started wondering “ok, but why not?” Huijsen changed parties once more to the Socialist party where he said that the party found that it was “very well” for him to be a homosexual member of parliament, but not necessarily that this member was of their own party

There were many factors that influenced his decision to come out. During the 1960’s, Huijsen noticed that the world was going through what he believed to be a moment of social change. He drew inspiration from liberal authors and artists from all around the world, such as James Baldwin’s intersectional commentary on black and queer identities.
Still, there was a divide between being gay and presenting yourself to the public, and being gay and presenting your art to the public. When presenting art, there’s a separation that the public could hold between the artist’s creation and the artist themselves, whereas with people like politicians and educators there was no such divide making the idea of being openly gay “impossible”. Still, he was influenced by modern art and found that the philosophy discussed in literature had the capability of changing people’s minds, and consequently his political ideas started changing.

People were changing their minds during this time, Huijsen began to sense that there was “something in the air”, allowing him to change and influence the public’s mind set. While not out yet, he was contacted by groups such as the COC, the emancipation organization for homosexuals in the Netherlands to continue his progressive work as a member of parliament to further the emancipation agenda. 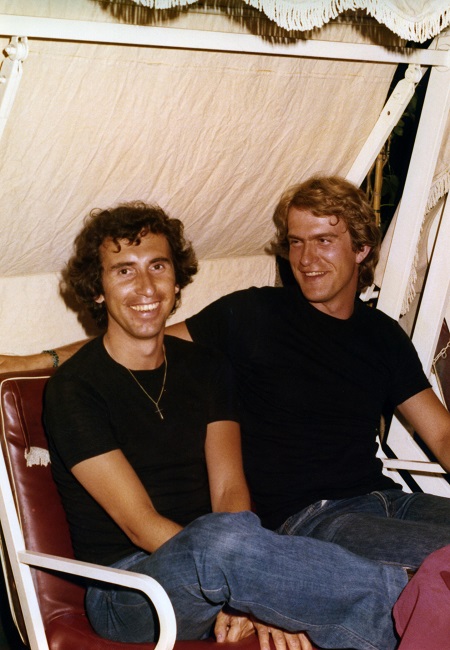 At age 33, just after coming out and leaving parliament for the first time, Huijsen found himself reborn in the lively gay scene in Amsterdam during the early 1970’s. It was in this scene that he found his current partner and the support he needed to re-enter the parliament. “That was easier for me”, Huijsen said. 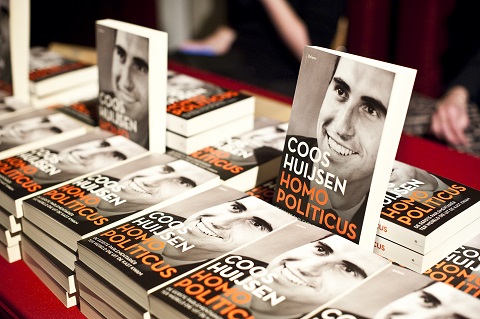 Although Huijsen had accepted his sexuality, not everyone around him had reached the same place. While interviewing him he told us about the time he was being sworn back into the parliament in 1976. Huijsen told his partner, Lank, that he could sit in the visitors area, a space reserved for parliament members and their spouses. During the swearing in ceremony Huijsen explained:“I went to check in on Lank and found him standing outside in the corridor. Lang said “They said I had no right to be there” so I went to the chairman of the parliament and I said “my partner is not accepted.” He said “your partner?” and I said “Yes, Lank is my partner.”
Huijsen said that once the chairman understood the situation he gave Lank permission to be in the lounge, making Lank the first person in the world to be accepted as a same sex partner of a parliamentarian, by parliament.

In spite of relentless opposition, such changes continued to be made. In 1997, when attending the farewell dinner for the Vice President of the Council of State, Queen Beatrix is said to have objected the unwed partner of an invitee attending the dinner. In 2004 however, Lank was cordially welcomed by the Queen during a state dinner. Huijsen and his partner were also married by this time. In 2001, the Netherlands had become the first country in the world to legalize same sex marriage.

While official progress has been made since the 1970’s in gay rights, there are still many issues that show the lack of true acceptance. Huijsen noticed that although the queen has visited many events that support the LGBTQ+ community, the head of state, King Willem, has yet to appear anywhere publicly as a show of his support.(though plans for this are now being made) Furthermore Huijsen has noticed a regression in public sentiment towards homosexuality. He remembers walking on the Leidseplein in Amsterdam during the 1970’s with his partner with no fear of showing the fact that they were in love, but also recalls an incident that occurred in recent years where he was almost accosted near the Reguliersdwarsstraat just for saying goodbye to a friend.

It is this regression of public acceptance that worries not only Huijsen, but queer youths all over the world. Globally we are seeing more and more hateful groups getting louder with their ignorant and harmful rhetoric, and as a result there is a growing sense of fear among LGBTQ+ communities as well. Where are the allies now, when the violence and hate has reached such high levels? Where is the support and acceptance? Dancing at pride events isn’t enough to show support. Simply changing your profile picture to have a rainbow filter will not change the increasingly dangerous and hostile environment that seems to be spreading. It is not enough to passively watch as heart-breaking and disastrous events unfold. The fight towards full integration is one that must still be fought, and we cannot let ourselves as a society regress towards an archaic time of intolerance 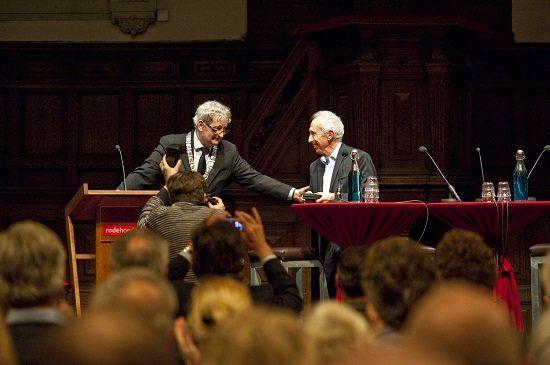 Coos Huijsen’s latest book ‘Homo Politicus’ is a very personal story about his journey, he has dedicated the book to Amsterdammers and during the launch he was awarded the medal of Frans Banninq Coqc of the City of Amsterdam.

Coos is the President and one of the Founding Members of the Blue Foundation, which is a Dutch foundation serving gay emancipation, and which calls on gays and lesbians to remember the Foundation in their will. 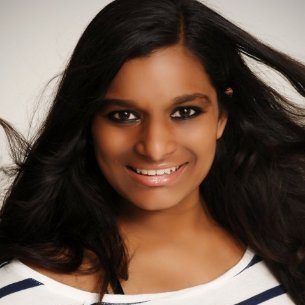 Aslesha is a junior at UC Berkeley, majoring in Political Economy. Her interests include photography, traveling, and civil rights advocacy