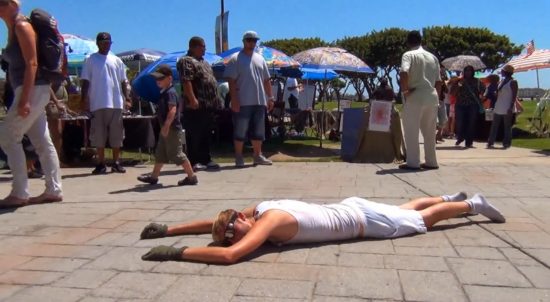 On October 20, 2011, Keenan Santos and Reuben Fernandes lay dying on a street outside a roadside paanshop in Mumbai in front of watchers, not less than 50 who silently stood by and watched not raising a finger or voicing a whisper of protest. Even when the girls accompanying them screamed for help, not one person came forward to lend a helping hand. Both young men died in the prime of their lives not only because they were attacked by the culprits but also because the bystanders did not do anything.

In this day and age why no one calls 911 during such street crises.

The two men were stabbed repeatedly by a group of young men who were teasing the girls. Though they went back after Reuben and Keena told them to go away, they came back with four other men who had knives. Like Nirbhaya and her friend, both young men were ‘killed’ twice – once by the active killers and again by the watchers who watched and did nothing.

This is not about hit-and-run accidents. This is not about two young men killed by gangsters because they protested the latter’s lecherous behaviour and were trying to protect the girls. This is about the witnesses who not only refuse to react but also move away insensitive to what will happen to the victim/s. Do we get some sort of malicious enjoyment from seeing other people in crisis? Are we cowards afraid to take action? Are we running away from the social responsibility of helping a fellow-human in desperate trouble even if this running away can lead to the death of the person? The answers to these will spell out what is called ‘passive violence.’

This is known as the Bystander effect which is a global problem. The term “bystander effect” was first coined in 1968, by two American psychologists, John Darley and Bibb Latane.

They conducted lab experiments which simulated an emergency and then monitored whether people reacted differently alone or in a crowd. Their research was spurred by the prominent murder of Kitty Genovese, a New York woman of 28 who was attacked by an unknown attacker but witnesses ignored her screams for help. After some time, she was attacked by the same man and this time, she died.

There are different versions of this but the common truth in all of them is that – witnesses did not help her and she died because of this collective and casual apathy.

This elusive function of avoiding getting involved in what we feel, “does not concern us directly” has a name- The Bystander Effect.

Kitty Genovese died in the second attack because when she was attacked the first time in 1964, the same assailant was never caught for lack of witnesses. He attacked a second time and this time, she died. The killer was never caught, nor was the cause of his attack was revealed. 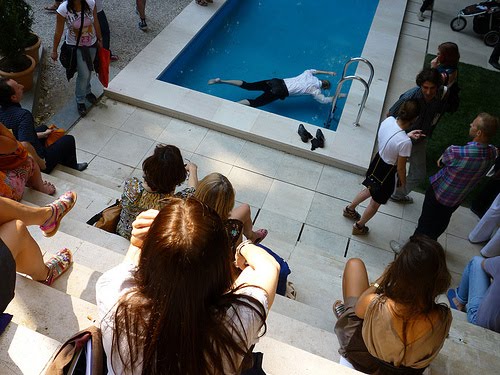 Piyush Tewari, Founder and President, SaveLIFE Foundation reports the tragic case of five-year-old Om Gaikwad and his parents Aparna and Mangesh. They cried for over an hour, pleading bystanders for help, after being hit by a bus. The entire family, including Om, died mainly because bystanders refused to help them. In fact, The Law Commission of India states that 50% of those who die on Indian roads can be saved if they receive timely medical attention including assistance from bystanders and passers-by. An astounding 70,000 lives can be saved every year.” Even the Supreme Court of India has stated that, “Good Samaritans who come forward to help must be treated with respect and be assured that they will have to face no hassle”

It does not occur to anyone to use their cell phones and call for help but they will use the same cell-phones to click pictures of accidents and film stars caught at a traffic stop. This, inspite of the fact that eleven states in India have a common emergency service number. People can dial 108 to seek help. Tewari was inspired to create the NGO after his young nephew bled to death while passersby did nothing to intervene.

The key to Mr. Tewari’s approach, tested as a pilot project both in Delhi and rural Maharashtra, is to mobilize volunteers who’ve been vetted both by his organization and by the local authorities.

In a landmark decision, the Supreme Court on October 30, 2014 directed the Centre to pass an executive order to protect Good Samaritans, who rush road accident victims to hospitals, from harassment at the hands of police and from being summoned as witnesses in court. This order directing the government to implement the recommendations of a high-level committee will remain effective till Parliament enacts a law to provide protection to Good Samaritans.

But this order focusses on victims of street accidents only. There are a hundred different street crises happening in the same city at the same time in different places and these might not relate to victims of accidents at all. Contrary to common perception that this is perhaps an Indian behavioral trait, history shows how universal the Bystander Effect is and how much of passive violence it shows.

In Indianomix – Making Sense of Modern India, authors Rupa Subramanya, a journalist and Vivek Dehejia, an economics professor, look at a contemporary episode in China where a toddler lay dying on the street and no one came forward to help. “From biology, we know that altruism – whether in humans or in the animal kingdom – is a fragile commodity. Whatever altruistic tendencies are latent in human beings content with the equally powerful human instinct of self-preservation,” writes Rupa. Simply stated, a passer-by watching a street crisis where a person is being hurt or attacked or suffering pain and injury, even when driven by altruistic tendencies, will withdraw from coming forward when he weighs this against the consequences of his altruistic behaviour – legal hassles, time wasted in court proceedings, fear of reprisals from the guilty, etc.

“Social responsibility” is not just a fancy and sophisticated term. It should widen its borders to include our moral responsibility towards our fellow-beings which we fail to do by being participants in this collective behaviour labelled the Bystander Effect. Eric Anderssen adds, “While human behaviour tends to fall into patterns, they are more complex than we might think. In a recent study, German psychologists pored through the results of more than 100 bystander experiments and data from 7,700 participants going back half a century. They concluded that under certain (rather surprising) circumstances, being in a group can also be a powerful motivator to take action.”

On September 19, 2016, a man stabbed a girl 27-28 times in Delhi’s crowded Burari neighbourhood with a knife and not one person from the crowd that had gathered drawn by the commotion came forward to help the woman. This happened two years after the law was passed and in broad daylight. The CC Tv camera captured the scene and it was widely shown across television. As soon as the man attacked the girl, people present could be seen running away from the spot. The man was a stalker and the girl died later on.

We live in a world spilling over with violence across time and space, inside our homes, in educational institutions, in workplaces, while travelling in public transport and on highways, streets and bylanes. We almost on reflex, turn away from such incidents unless we are victims ourselves.
It never occurs to us that when we are walking away from a hit-and-run victim of an accident who lies bleeding to death on the streets, we are indulging in a second attack of violence on the same victim. It is passive violence because it is abstract and formless, expressed only through the action of watching and then moving away.

Most of the time, we do not even realise that this walking away might lead to the victim’s death. Even when and if we do realise that the victim might die or be injured for life, do we act? No, we don’t, never mind the legal window we now have to report and not be harassed by the police or the medical fraternity in hospitals. That, after all, is the dark side of human nature.