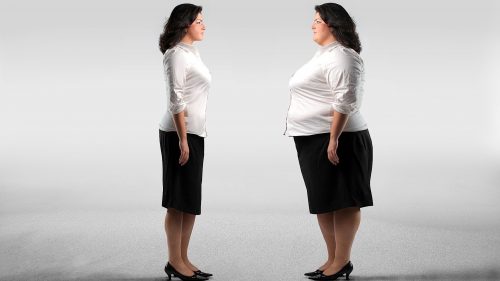 Body Dysmorphic disorder- It is completely normal to dislike certain parts of your body and choose to fret about these features we categorize as imperfections. But these thoughts don’t interfere with our daily lives or affect us in a major way.

BDD or Body Dysmorphic Disorder is a body-image disorder in which the sufferer is constantly occupied and pothered by slight defects which might or might not be imaginary. In this disorder, the sufferer dislikes a certain part of their body and that causes severe emotional distress and majorly interferes with the daily functioning. It is this stage of non acceptance that is in medical terms considered as Body Dysmorphic disorder.

Who is affected and why are they affected?

In today’s world, our obsession with particular kinds of bodies and body parts is evident and constantly reinforced through the media advertising of slim shakes, plastic surgeries and intrusive tools in the pursuit of perfection. When an impressionable individual is constantly exposed to the societal norms of beauty, s/he is bound to start finding flaws in their appearance even when there are none. According to science, there is no particular reason for this disorder but it stems from biological and environmental factors which are major contributory factors to its development. Incidents like sexual abuse, trauma or peer abuse only strengthen the existence of the disorder. General lack of confidence also brings about Body Dysmorphic disorder in an individual and s/he is unable to accept their own falling short of a certain perceived norm which seems to be acceptable.

We generally find that teenagers and adolescents are affected by this disorder but its occurrence in adults and older people isn’t uncommon either. According to the American Psychiatric Association, 2013, BDD begins to occur when an individual is 12-13 years old and is found to affect 2.5% males and 2.2% females in the United States.

1. Preoccupation with the perceived flaw: The sufferer believes that the minor imperfection makes them ugly or/and deformed.
2. Constant worry about how others look at you: The sufferer always feels like other people are looking at their imperfection and are making fun of them.
3. Trying to hide: A person suffering from BDD tries to conceal or hide the flaw with make-up, loose clothes or by adopting extreme approaches.
4. Obsession with perfectionist tendencies and constantly checking the mirror or skin picking.
5. In some cases, people try to avoid social situations completely and struggle to cope up with school, college or at workplace.
6. Anxiety, major depression, mood disorders, obsessive compulsive disorders and/or suicidal thoughts. 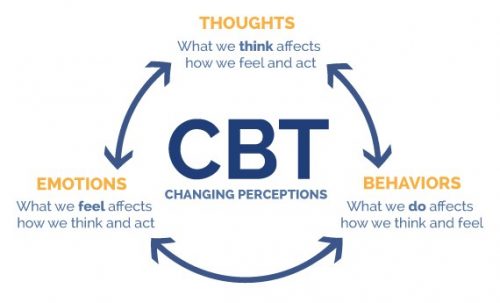 Treatment and cure for BDD

While the main issue with this disorder is diagnosis and acceptance, treating or getting rid of it is equally problematic. There is no single way in which one can get rid of or cure Body Dysmorphic Disorder. However, there are a lot of ways in which one can aim to overcome this serious disorder by either applying self-help techniques or seek help from trained, professional experts.

Popularly known as CBT, this is the first line of treatment for BDD. Through this therapy, one aims to alter the maladaptive thoughts and beliefs that are present in the sufferer. In this therapy, the experts also include exposure techniques through which they aim to reduce repetitive behaviours and thoughts one associates with bodily preoccupations.

The therapist also tries to expose the patient to social situations without the help of aid like excessive cover-ups, makeup and mirrors. Through therapy and constant reinforcements, the sufferer is also made to realise the triviality or the absence of the flaw and through constant sessions, made to change the false perceptions they hold about their appearance. The therapist might also engage in teaching the sufferer alternate ways to handle urges s/he previously indulged in.

The main aim of therapy is to help you improve your mental health and for this to be successful, it is crucial to talk to your therapist openly about the problems so that they are able to design a tailored treatment plan for you.

Medication like selective serotonin re-uptake inhibitors (SSRIs) have been proven effective in decreasing selected symptoms of this disorder. In some cases, because the sufferers are majorly depressed or suicidal, antidepressants are suggested for a short period.
Medication in addition to therapy is the best solution to this disorder.

Once you accept the existence of this disorder, you can engage in the following:

1. Stick to the treatment plan and do not skip any therapy sessions. Practice what you learn in your therapy sessions regularly.
2. Try and add more physical activity to your daily routine as it will help you combat anxiety and stress. Exercising daily will also help in taking your mind off the problems.

3. Writing a journal has been proven to help many people identify and express thoughts and emotions they experience.

While this disorder might seem uncommon, almost every person has at some point has experienced unhappiness with a body part. It doesn’t take too long for unhappiness to turn into an obsession. If you know someone who is suffering from BDD, be empathetic and seek help in order to ensure their well-being.