While most people are aware of orgasms experienced by men, a relatively hushed up topic which isn’t explored too often is the female orgasm. The way a female experiences sexual heightening before achieving an orgasm is very different from the way a man orgasms. In fact, the orgasm gap is so wide that for every 85 men who are able to climax, only 64 women orgasm. The reasons for this are varied, the most prominent one being that the female orgasm is a complex system of psychological and physical pleasure and contraction of tiny muscles around the clitoral and vaginal area which causes the orgasms.

However, there are different factors that were not focused on earlier but with a better understanding of those, ultimate sexual pleasure of women can be focused upon.

A lot of women end up frustrated after an intercourse because they weren’t able to orgasm and end up faking one; however, this is a ridiculous notion because the quality of intercourse has nothing to do with the orgasm. The vagina has lesser nerve-endings than the clitoris which usually receives very less attention during sex. Instead of focusing solely on the vagina, divert some simulation to the nerve-packed clitoris which will get you excited more easily and help you achieve a quicker and more heightened orgasm. A lot of women are also known to experience coregasms- orgasms through exercise as the stimulation during physical training turns them on.

The G-spot is real

The G-spot was named after a German gynaecologist Gräfenberg who is believed to have discovered it in the 1950’s. Whilst there has been a huge debate about its existence, most researchers and sexperts have concluded that it actually is real. It is situated about 6-7 inches inside the vagina and has a slightly rougher texture. When the G-spot is stimulated adequately, women can achieve an intense orgasm. All health experts ask women to discover the G-spots as it leads to a more pleasurable experience and one can be better acquainted with their body.

Multiple orgasms without a break

The core difference between female and male ejaculation is that women can experience multiple orgasms in one session. After ejaculating once, men undergo a refractory period before being able to achieve another orgasm. However, women are blessed in this case as between two orgasms they need no period of rest or refraction. With intensified and unceasing arousal, a climax isn’t the end point to the sexual intercourse for the woman.

Health benefits of having an orgasm

Relieves stress: Sexual intercourses releases oxytocin which is a happy (anti-stress) hormone into the bloodstream and relaxes the muscles and nerves of your body.

Pain reliever: Orgasms are believed to increase a woman’s threshold for pain tolerance as it is an analgesic which causes suppression of spasms and discomfort.

Better skin: Orgasms also help in regulating blood circulation which aids in repairing skin tissue and expedites the process of detoxification in your body.

Boosts immunity: Most women who experience regular orgasms are found to have more of a particular kind of antibody called immunoglobulin A which wards off flu and infections.

Better sleep: Because stress is kept at bay by the endorphins released, you are able to sleep better. 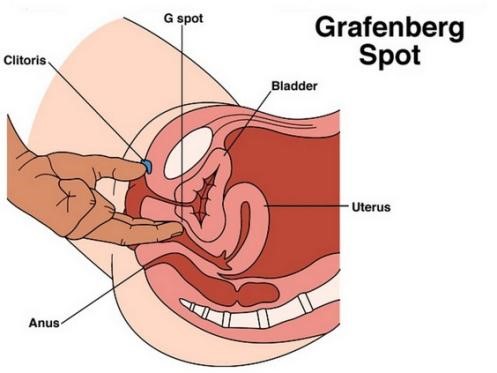 As discussed earlier, female orgasms don’t necessarily need to be achieved through vaginal intercourse. Instead, there are other erogenous zones that one can play around with for arousal which lead to ejaculation.

Nipple orgasms: Female nipples are very sensitive and packed with sensory nerve endings, so, when they are touched, stroked, licked, sucked or caressed, it can lead to orgasms. However, it is best that nipples are paid attention to during sex because achieving an orgasm through only nipple stimulation takes very long.

Clitoris orgasms: This is easiest way a woman can get an orgasm as the clitoris is very responsive to touch and strokes. Continued stroking of the clitoris with varying speeds aids in attaining a sharp yet intense orgasm which can last up to thirty seconds.

Fantasy orgasms: Orgasms which are brought about by sexy, provoking thoughts and dreams are also not uncommon. You might experience these during your sleep unconsciously as well.

Even though it takes longer for females to climax, it isn’t something to give up on. Research shows that most women are able to orgasm better with age because they are more in tune with their bodies and more experiences lead to higher self-esteem in bed. However, you should also know that using condoms doesn’t affect the quality of orgasms so don’t be afraid to get your protection on.

Comment: I’m not that much of a internet reader to be honest but your blogs really nice, keep it up! I'll go ahead and bookmark your site to come back later. Cheers Feel free to surf to my site; best web hosting company