7 Reasons why child marriage marriage persists in The Dominican Republic 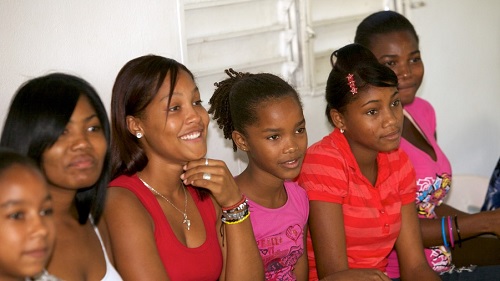 According to the Civil Code, the legal minimum age for marriage is 18 years for men and for women. However, there are exceptions. Boys can marry from the age of 16 and girls from the age of 15 with permission from a judge. Plan International is calling on Congress to increase the age of marriage to 18 for all, without exceptions.

Child marriage usually happens outside of the law as “informal unions”. Civil or religious marriages are seen as costly and cumbersome, and it is common for girls to move in to adult men’s homes and become their wives. These informal unions are not only more difficult to report, but they also leave girls vulnerable to abuse and with little legal protection against their husbands.

“I got married because I had to leave my house. I could not stand to live there anymore. They fought over everything, even beat me…That’s not life.”

Some girls see marriage as a way out of violent family homes, only to be abused by their husbands. Girls also chose to leave home early because of what they saw as a lack of emotional involvement from their parents.

GIRLS HAVE SEX WITH OLDER MEN AT AN EARLY AGE

81% of girls said they preferred men that were five years older, as they associated their age with greater life experience, responsibility, sexual experience and economic independence.

On the other hand, 39% of men said they preferred girls under the age of 18 because they found them more “obedient” and “adaptable”.

PREGNANT GIRLS ARE PRESSURED TO MARRY

Early sexual activity, when combined with lack of sexual education or reproductive health services, leads to unwanted teenage pregnancies. 14% of girls in the study had had one or two pregnancies between the ages of 14 and 17.

Many girls who had become pregnant had felt the social and family pressure to marry. Once married, girls are likely to become pregnant again due to the lack of family planning services. 70% of married girls in the study were pregnant at the time of the interview.

Girls in the Dominican Republic grow up learning that marriage and motherhood is how you gain respect in society. They expect to marry, and believe that their role is to serve their husbands. Many girls saw marriage as a form of emancipation and a way into adulthood.

Finally, families and girls themselves reported seeing marriage as an “exit strategy”, a way out of poverty by marrying an older man.

This piece was originally published on Girls Not Brides: The Global Partnership to End Child Marriage

This article relates to Goal E “Learning” of Girls Not Brides’ 2017-2020 strategy. The goal is about ensuring efforts to end child marriage.