11 Outstanding women filmmakers to look out for

Women filmmakers, never mind whether they make corporate films, ad films, feature films or documentaries, do not quite like to be defined with the prefix ‘women’. They feel this prefix places them in a separate slot and not being included among men filmmakers could be of some disadvantage because the evaluation may be loaded with some kind of gender bias, never mind whether it is positive or negative or somewhere in between.

When it comes to the documentary, the gender slotting is not really called for because both research and reality testify that gender does not define the quality of a documentary film or the choice of subject, treatment, approach and sensibility. These came to the fore during the recently concluded Mumbai International Festival of Documentary, Short and Animation Films 2018 in Mumbai. The prizes awarded to films chosen by the jury were entirely gender-neutral. If one stepped into the auditorium after a given film had begun, it was really impossible to find out whether the film was directed by a man or by a woman or by a directorial team that had both men and women.

In this article we bring forth the work of 11 women filmmakers.

The first film that comes to mind is The Baulkham Hills African Ladies Troupe. Directed by Ross Horin of Australia, the 84-minute film is about four African-Australian refugee women, all of them victims of sexual abuse and violence. They take on the very risky and difficult challenge of telling and performing their stories in a professional theatrical production. The film explores their personal journeys over five years beginning with their pain through the eventual triumph of their theatre show. The film then goes on to narrate how this unusual journey has empowered them and also helped them cope with their pains and come out of it. The film is an inspirational story of courage and resilience, that reveals the transformative power of story-telling through the arts.

The Poetics of Fragility is an entirely experimental format which spans the spiritual and philosophical underpinnings of cinema and appeals to the audience to watch the film not only with our eyes and ears but with our entire body. It is a creative documentary that explores the idea of fragility in human life and nature, interweaves fragments of individuals’ stories with optical vignettes of nature’s delicacy to reclaim fragility as intrinsic to existence, not just something to be bemoaned and overcome. The film is conceived as a “videocontemplation;” a form that Nicolás Grandi and Lata Mani have been developing to explore how the audiovisual medium with its sensuous possibilities can become a tool for social inquiry with a philosophical impulse.

One wonders whether one can call I Am Bonnie a woman’s film because it has been directed by three young people of which two are young women and one is a man. But the film itself deals with a very important subject – that of the social ostracism and financial penury a gifted footballer is forced to suffer when she decides to become a male through a series of sexual reassignment surgeries. It is directed by Farha Khatun, Satarupa Santra and Sourabh Kanti Dutta. The film follows the very tragic journey of how Bandana Pal, born intersex, said to have been the best striker in her time (1994-2000) is struggling to keep body and soul alive since she changed her sex and became Bonnie Pal, now married to Swati who, as the film progresses, has been the sole pillar of support for him. The film is on an award-winning spree at film festivals. It won an award at the 22nd Kolkata International Film Festival in 2015 and also another one at MIFF 2018. 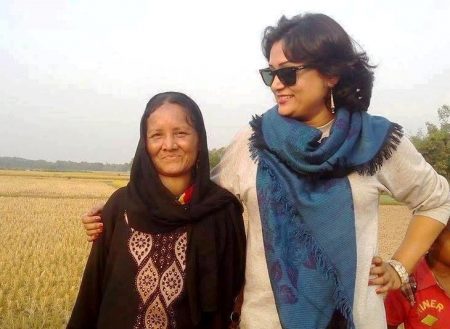 Shabnam Sukhdev’s Earth Crusader (55 minutes), is a bio-pic that follows the journey of Didi Contractor whose entire life has been dedicated to working and experimenting with sustainability in building homes driven by a strong Gandhian ideology. The film has a very slow pace that one needs to warm up to made slower by the fact that few of us have even heard of this German lady who was brought up in the USA but made India her home. A trained and much-in-demand architect who delivers lectures and teachers students her interpretation of architecture, lives on the foothills of Dharamsala and draws from traditional aesthetics and vernacular traditions and designs buildings using mud and other natural materials. A beautiful film about a beautiful mind.
Shabnam Ferdousi lives in Bangladesh. Her film Born Together, maps her personal, rather intimate journey to discover what happened to children born of rape during the Bangladesh War of Independence who were born on the same day as she was, in 1972. “This search was not only for discovering the war children, but also an analysis and rediscovering of our own identity,” she says. She finally is able to locate three victims of rape, two women and a man who were born the same day as she was. One is a woman who was given up for adoption in Canada. She is extremely angry that she has been denied citizenship and shelter in her own country by the government of the country. The second person is a Muslim woman who has no home and wanders from this place to another, her husband having left her and her mother and brothers having refused to do anything with her. The third, a young man, who could not go to school because he was ragged by the boys, managed to eke out a living with his mother – the rape victim – and his wife. It is a very touching film where the director is always present offering a picture of tragic contrast between a legitimate child that she is and the three children born of rape. 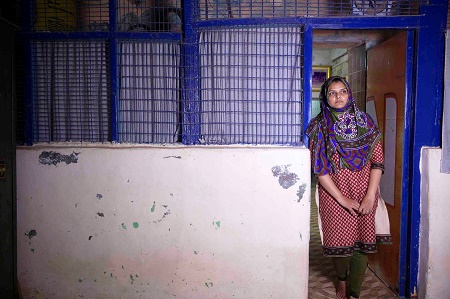 Shazia Javed is a filmmaker based in Toronto, travelled to India to make a brilliant documentary 3 Second Divorce that maps the journey of Lubna – a present day activist and former victim of triple-talaq who makes personal sacrifices to continue her activism. The documentary also provides a behind the scene glimpse at the growing Indian Muslim women’s movement as it navigates between orthodox Muslim leadership and a polarized political environment in India. It deals with the instant talaq Muslim husbands give their wives sometimes without reason and only out of momentary anger. The woman can get back her husband only through another terrible custom called halala in which she has to undergo nikaah with another man, consummate the relationship and then go back to her previous husband. “It is another way of legalised prostitution which the women are forced to go through,” says the director.

Velvet Revolution is about six women directors who focus their lens up-close to Women Making News. In a world driven by conflict and dictatorial regimes where journalists are constantly under threat of both, state and non – state actors, what drives these women journalists to do their jobs? The documentary profiles women journalists who have paid a high price for speaking truth to power. Velvet Revolution is an unique collaborative venture supported by IAWRT where the Executive Producer, Nupur worked with women directors from four countries who produced films in five countries. They are Illang Illang Quijano – Philippines; Deepika Sharma – India; Pochi Tamba Nsoh and Sidonie Pongmoni – Cameroon and Eva Brownstein – USA / Bangladesh. 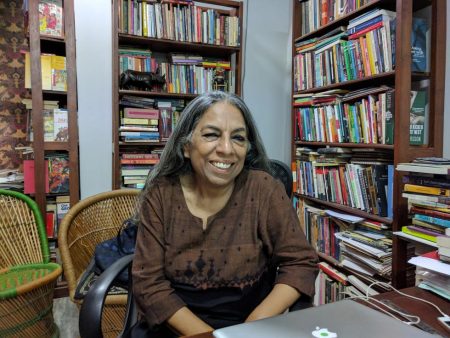 Urvashi Butalia The Books we made

Academician, historian and scholar Uma Chakravarti’s Lucknow 1920 – 1949 was perhaps among the most outstanding and memorable films in the entire festival. Shot entirely in Black-and-White, it unfolds two forgotten or perhaps invisible stories from our history. It is set in Firanghi Mahal, an institution for rationalist Islamic scholarship founded in the late 17th century. Through two women, Sughra Fatima and her niece Khadija Ansari, it tells the unknown stories of women and their struggles to find their own ways of being in a time of dramatic changes. One wrote poetry to express herself and the other became a student activist who went to jail for being a revolutionary.

Anupama Chandra and Umadevi Tanuku’s The Books We Made is a very informative documentary on the all-woman publishing house Kali For Women based in Delhi and tracing its birth in tremendously impoverished conditions to its becoming not only a publishing house for women but for treading entirely new grounds in creating new lines of creative writing such as translations of old texts from regional languages into English, graphic, beautifully illustrated books for children and so on. The film is both a tribute and is also inspired by the work of Urvashi Butalia and Ritu Menon, who co-founded the first feminist publishing house in India but went their separate ways later on. 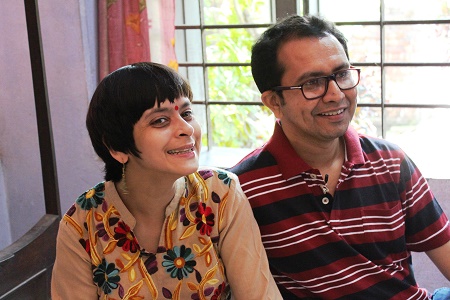 Lipika Singh Darai’s Some Stories about Witches depicts the manitarian crisis surrounding witch hunting taking us closer o the people, who have been accused, ostracized, tortured and the ircumstances that have led to it. The film primarily engages in three cases rom Odisha, India, which finds resonance in other parts of the country as well. The film tries to explore the politics of witch-hunting and explores and analyses how superstition, greed, ignorance, fear, insecurity and power can result in tremendous suffering for the women who have no escape route in their lives – whatever little there is left of it.